Legendary basketball player hits it and off the field … Basketball star LeBron James did not even have to step on the pitch for this full hit – he only had to have $23 million. NBA champion just bought a new villa in Los Angeles, which has eight bedrooms and eleven bathrooms. Located in Brentwood, this property is to say the least perfectly for a star like him. 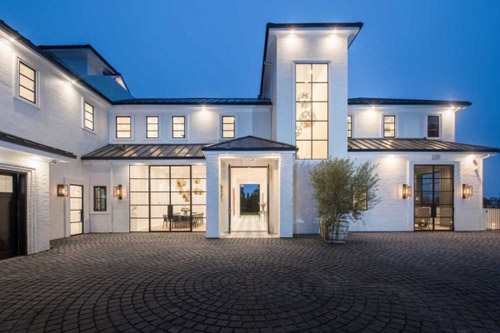 With a superb view of the city and the ocean, the new LeBron’s villa was built this year, and it is tucked behind the gates, where you can expect a long driveway. We can freely say that this villa with its traditional style is a masterpiece of design and lighting. When you step into its interior, the reception room will greet you, while its kitchen will delight you with French oak flooring and Spanish marble, creating an aura of ultimate luxury. 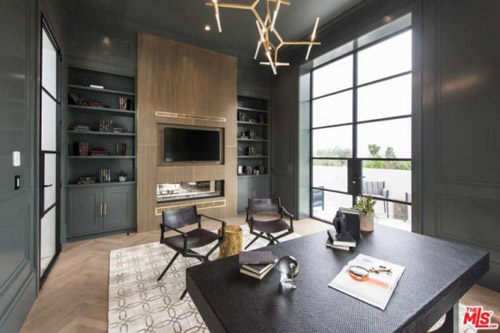 On the upper level there are four bedrooms with private bathrooms, including a master bedroom with dual bath, premium built-in wardrobes and a private courtyard. If LeBron wants to preserve its muscles, the roof terrace, which is certainly one of the best elements of this villa, has access to the elevator. On the ground floor there is a home cinema, a wine cellar, a cigar room with an air filter system and a bar of onyx. There’s also a car gallery, because a basketball star like LeBron needs something far better than a regular garage. 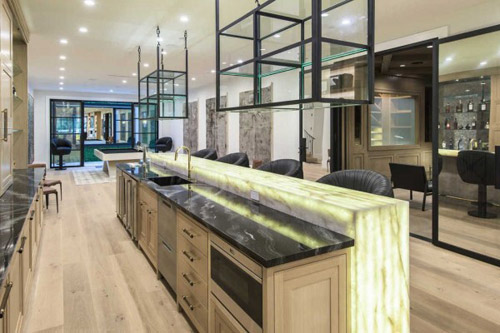 The guest house and gym are connected with the spa part of the villa, which includes a sauna, a shower and a massage room. The sliding gate of the ground floor connects the interior of the villa with a beautiful yard, which houses an enormous pool and spa, as well as a heated outdoor dining room with a kitchen, barbecue and beer dispenser. 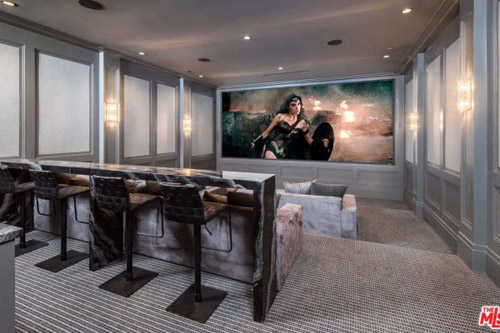 In true style of NBA star LeBron has more than one property. In fact, his estate in Akron, Ohio occupies almost half its area. Previously, he also owned a villa in Miami, which he sold three years ago. Of course, there is another property located in Brentwood, which bought for $21 million just two years ago. 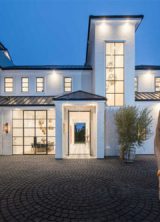 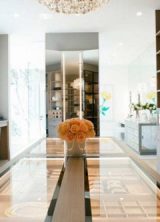 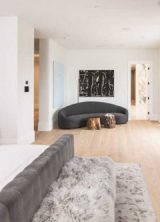 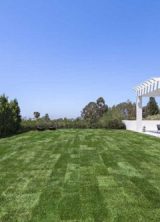 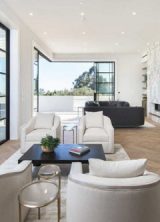 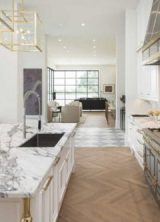 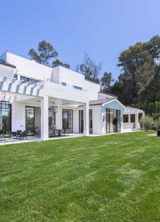 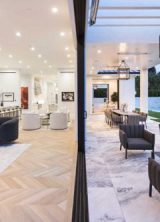 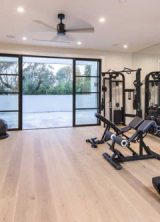