After 11 years of existence, MB&F continues to surprise us. This time, just ahead of SIHH 2018, independent “creative-lab” watchmaker unveiled a limited-edition turtle automaton that hides a singing mechanical bird. Once again, the company has partnered with leading music-box manufacturer Reuge – with whom they previously created the MusicMachines limited series – to craft the chic mechanical turtle with the help of automaton specialist Nicolas Court. 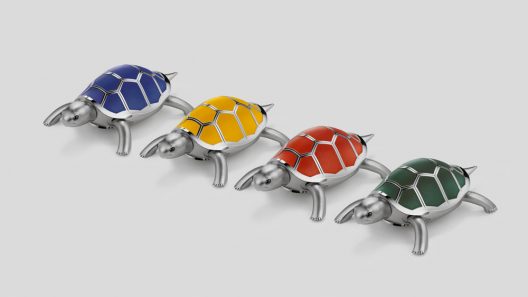 Dubbed Kelys & Chirp – it’s not a watch, it’s not a clock, it’s not a music-box… It is a mechanical walking turtle combined with a singing bird. Kelys, derived from the Greek chelys for tortoise, is made of rhodium-plated brass with 12 leather inlays on its shell and black onyx for its eyes. The tortoise “walks” at a leisurely pace – actually propelled by rollers on its base – with its head bobbing from side to side. A hinged lid on the top of the shell pops open to reveal the singing bird, which rises up flapping its wings while moving its tail and beak to the bird song, a mechanical dance that lasts 10 to 12 seconds. Measuring 24cm long and 16cm wide, with a shell that’s 8cm high, the automaton weighs 1.4kg and consists of 480 components. 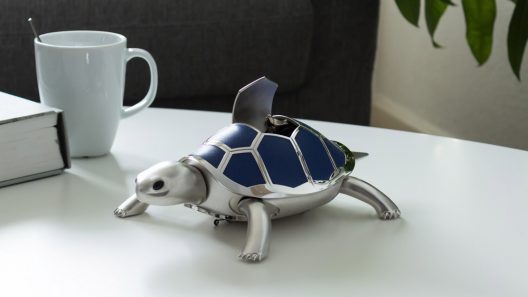 Made of 18k white gold with sapphire eyes, the singing bird relies on a double bellows system to move. That in turn is powered by a movement which also powers the turtle automaton. The movement offers a power reserve of three cycles of animation (meaning the turtle walking and bird singing simultaneously) when fully wound, with the circular winding key located on the belly of the tortoise. To move the entire turtle with a single mainspring in the singing bird movement, the team had to find the optimal low ratio gearing. In addition, elliptical gearing and cams had to be used to replicate the intermittent gait of the infamously slow animal. 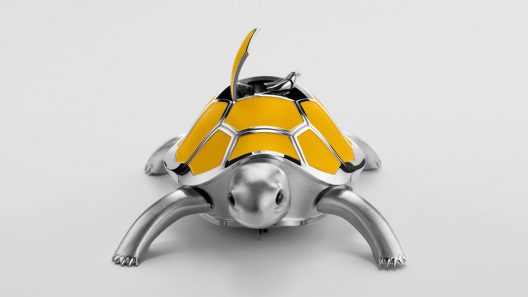 The turtle moves at an average speed of 0.06mph, in sync with the bird’s movements and singing. And additionally, a “friction clutch security system” is integrated into the automaton mechanism to detect discontinuities on surfaces and stops the turtle from rolling over the edge of a table. Also, if the bird is pushed back into the shell down while singing, a security lever system slowly pivots it back down. The new MB&F Kelys & Chirp will be available in 4 different editions, depending on the colour of the leather used to create the scales – green, yellow, red and blue. Each version is a limited edition of 18 pieces, with a price of CHF 49,000 before taxes. 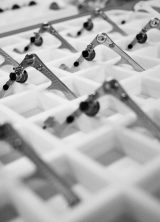 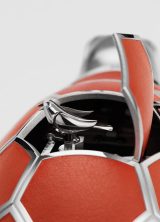 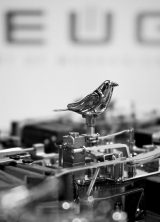