Since 2015 when launched its Slim d’Hermès watch, and since then the brand constantly added new pieces to that collection, and the latest watch features one of the most appreciated complications by today’s globetrotter. This is the new Hermès Slim d’Hermès GMT. Made from palladium, a rare and light platinum-group metal, the new Slim d’Hermès GMT is idel companion of for every frequent traveler. 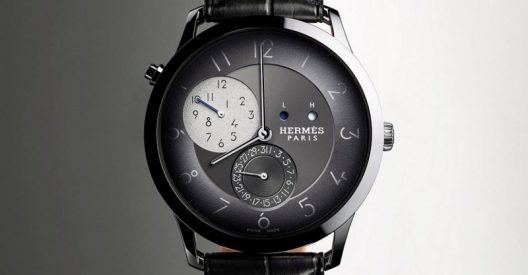 The watch features a sub-dial for the second time zone at 10 o’clock, where the numerals are seemingly scattered around (but in the correct numerical order), and the GMT hand is advanced one hour by depressing the pusher. The dial uses the quirky font that was designed especially for the Slim d’Hermès collection by noted French graphic designer Philippe Apeloig. Two apertures labeled “L” and “H” represent daytime or nighttime for local and home times by displaying either blue for night or white for day. 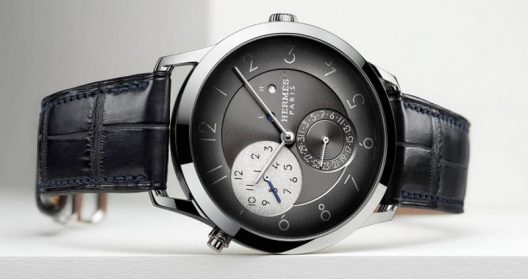 These functions are all made possible thanks to the compact Hermès H1950 movement that, at just 2.6mm thick, allows the case to measure in at a relatively scant 9.4mm thick and 39.5mm in diameter. The GMT feature is only possible because of the ultra-thin module created by Agenhor for Hermes. Limited to 90 pieces, the Slim d’Hermès GMT comes with a matt graphite alligator strap crafted in the Hermès leather workshops,and with a price of €12,000. 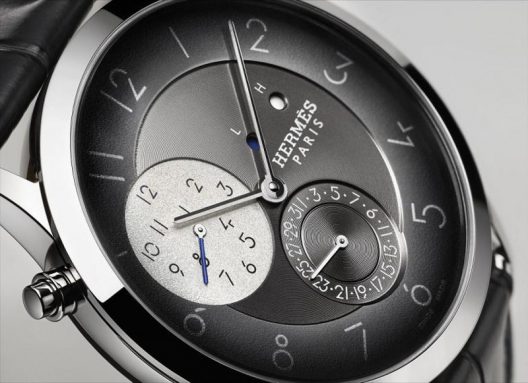