Louis Moinet has launched two new pieces, separated by space and time. First is Dhofar 457, named after the southernmost region of the Sultanate of Oman, on the border with Yemen. The second, called the Acasta, contains pieces of the Acasta gneiss rock from the Slave craton in Northwest Territories, Canada, that is estimated to be around four billion years old and is the one of the oldest known surviving pieces of the Earth’s crust. The avant-garde cases of the Acasta and the Dhofar feature an all-new, intricate design. 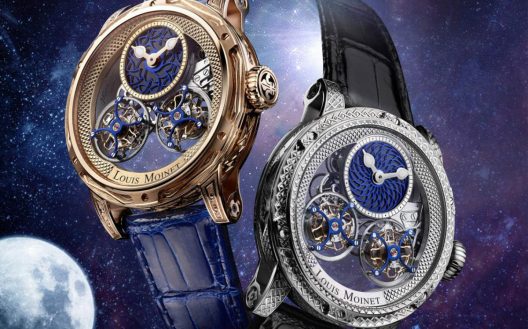 The two openwork side bridges are crafted from blocks of solid gold, while the 5N rose gold case is fully hand-engraved. Both the Dhofar and the Acasta are built around the manual, 47.4mm, 36-jewel LM52 calibre with a 52-hour power reserve. The movement powers hours and minutes on a small dial at the 12 o’clock position, as well as the two tourbillon functions. The two tourbillons rotate in opposite directions – a first in watchmaking. 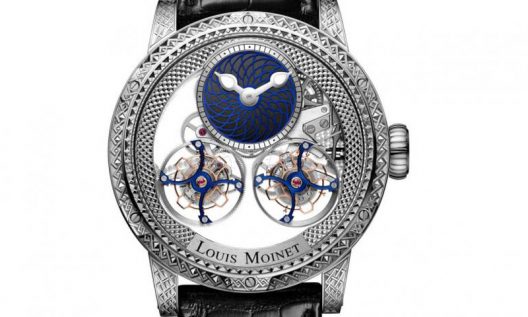 The diameter of each of the cages is 14.9mm, making them the largest double tourbillons in the world according to the brand. Raised 1.75 millimetres above the dial, their blue-tinted titanium upper bridges sit above the hours and minutes. The Dhofar and Acasta sell for CHF 320,000 (US$337,000) and are each limited to a run of three units. 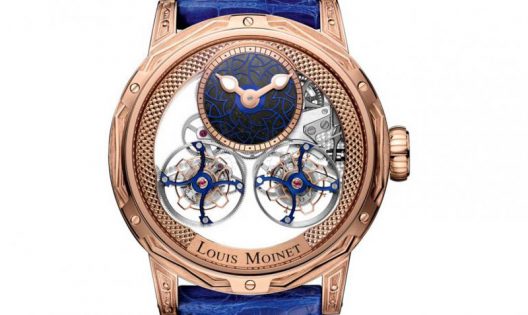