Connection between secret agent James Bond and Aston Martin has been in existence for more than 50 years, and it all began in 1964 when Bond (Sean Connery) drove the cult DB5. And exactly that Bond’s DB5 will be offered at Bonhams auction which will be held within the Goodwood Festival of Speed that attracts numerous collectors and enthusiasts, so it is assumed that this model will be quite interesting for this model. However, it should be noted that this is not a copy of Sean Connery, but of a copy droven by Pierce Brosnan in “GoldenEye”. The value of this model grows year after year, and the fact that the aforementioned copy was the star of the film about James Bond raises its price to the sky. 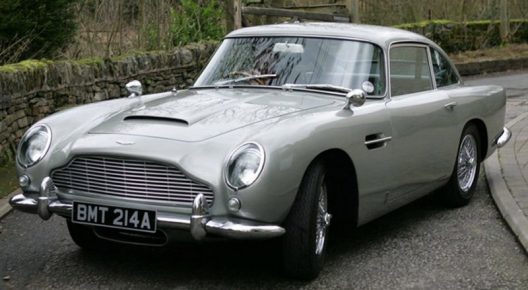 Thus, the well-preserved DB5 models can be bought at auctions for £600,000 – £700,000, while for this specimen the expected amount is between £1.2 and £1.6 million. So, the appearance in Bond doubled the price of this cult model. “All fans of Bond remember the legendary scenes of jumping on the curved roads above Monte Carlo, where Pierce Brosnan in his Aston DB5 races against the bad guy in Ferrari F355. It’s one of the most exciting scenes of chasing,” said Bonhams.