Oceanco ultra-elegant Project Bravo, has new uses of space for the creation of luxury accommodation … An increasing number of superyachts have been lately made with hybrid propulsion systems, but this Oceanco yacht, Project Bravo, seems to want to broke records. Launched last week, this tailor-made yacht is the first Oceanco model to have a new LIFE design, which is not only focussed on progressive nautical architecture, but also on smart use of hybrid engine configuration. 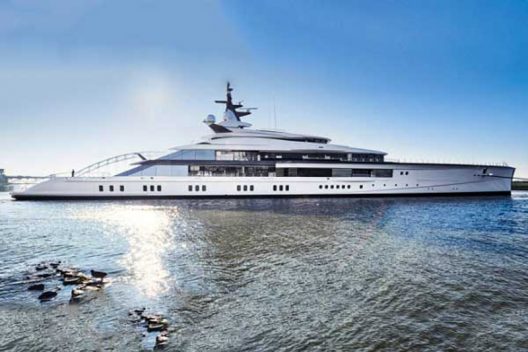 “LIFE design uses the advanced hybrid propulsion, which contains a significant battery capacity, combined with a one-floor engine room, which allowed new use of space for the creation of top luxury accommodation,” said James Roy, adding that these design principles produce a harmonious balance between the weight, power, technical space and interior of this yacht. Oceanco has previously created some of the world’s most impressive custom made yachts, including the recently launched Dar, Black Pearl and Jubilee. Alfa Nero yacht from 2007 was one of the best yachts of its time. Venetian Nuvolari Lenard, designers of Alfa Nero and many other leading yachts, have been challenged to additionally shift the border with Project Bravo to create another revolutionary design. “Our approach to the Bravo project was to maintain an elegant profile, without sacrificing interior space,” says Den Lenard. The third member of the design team was British Reymond Langton Design, who was tasked with creating an interior that perfectly monitors the exterior. Pascal Raymond said her studio worked with artists and craftsmen on artwork, fabrics and pieces of furniture created for this yacht, producing a warm, welcoming environment. Oceanco brand did not reveal much details about the yacht interior, such as the number of cabins or the configuration of its layout. However, what we certainly know is the fact that Bravo can be a trendsetter, viewed from the outside or from the inside. 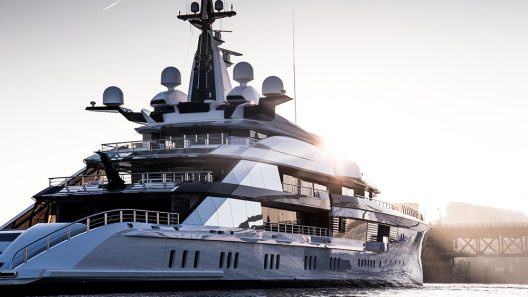