Red Gate farm extends over 340 hectares and includes a 1.6-kilometer-long private beach …
A massive piece of Kennedy’s history, located at the west tip of the Martha’s Vineyard near the coast of Massachusetts, was just put up for sale at a price of $65 million. This hidden property, was the summer cottage of the former first lady, Jackie Kennedy Onassis. In 1979, she paid only a million dollars for this property, with its private beach and a view of the Atlantic.
Forty years later, her daughter, Caroline Kennedy decided to sell this incredible estate, saying that it was time for her family to spread their wings, follow her mother’s example and explore new places. 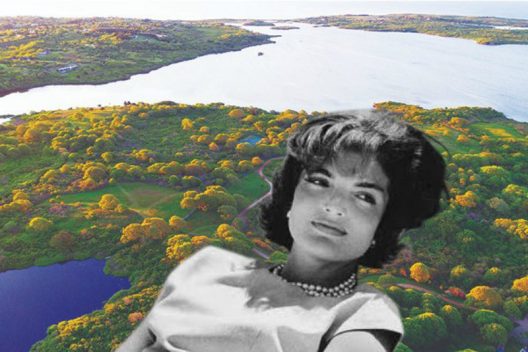 Jackie was fifty when she was looking for a hidden vacation spot when she bought this farm. At that time, the only building on the property was a small hunting lodge.
She hired the famous architect, Hugh Newell Jacobson, to design a main house and guest house on two floors. She also called her friend, a noted horticulturist and landscape designer, Rachel Bunny Mellon to deal with landscape architecture.
After Jackie’s death in 1994, Carolina Kennedy inherited this property and continued to use it as a family home. In 2000, she made a spacious and costly renovation of the entire space. The main house has been expanded by an additional six hundred square meters, while the interior is reconfigured to include five bedrooms with private bathrooms, a top-class kitchen and two offices, or an art studio. 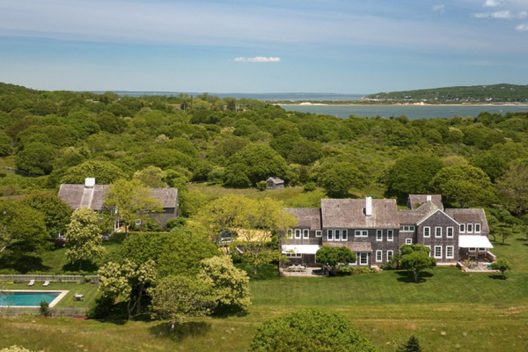 On a spacious estate, a rustic two-storey guest house has been renovated to include four bedrooms, a living room, a kitchen and a laundry room. This property houses a homeowner with three bedrooms, a swimming pool, a boat house, a tennis court, two garages, a controlled temperature store and the original hunting lodge that existed when Jackie bought this property.
The price of the $65 million is far greater than the original one. If the property is sold at that price, it will set a new record on the island. 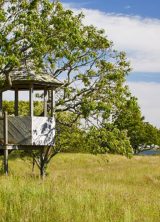 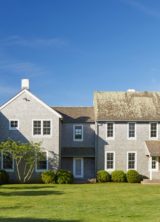 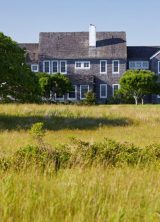 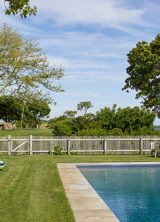 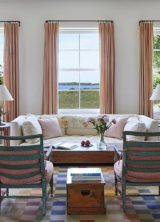 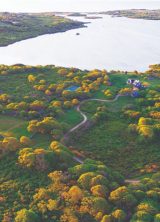