Richard Mille brand does not want to give up – they simply, with their every creation, conquer the whole world…
The avant-garde watch brand has just discontinued its line of creating watches for fans of expensive and fast cars, a model that is perfect for athletes. The new RM 11-04 Automatic Flyback Chronograph is based on the Rm 11-01 model, introduced in 2013, and is named after Roberto Mansini, the head coach of the Squadro Azzurra, or the Italian football team. The watch, created in collaboration with Mansini, is designed to track time during football games, and has a separate dial to keep track of half time, extra time and everything else. 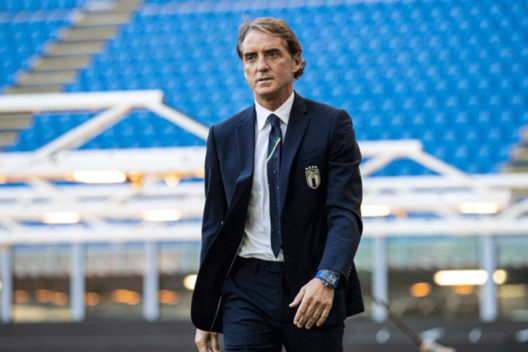 Mansini explained that he needed a clock with such details, because “every minute during the match, every second is crucial and can bring about a reversal and change the outcome of the match.” RM 11-04 was also named after Mansini, who left Italy for two years to coach the Saint Petersburg Zenith team. Its return was marked by the introduction of a new watch, which has a modern new look, with a sports case made of virtually indestructible Carbon TNT. The colors of the Italian flag on the dial, the official blue hue of Squadro Azzurra and numerous other details will delight you.
In addition to displaying hours, minutes, seconds and dates, the skeletonized automatic mechanism at the heart of the RM 11-04 model, RMAC3, features a flyback chronograph with a central minute counter and variable geometry rotor. Your energy reserve can last from 45 to 55 hours, depending on whether or not you use the chronograph function.
The price of this novelty is $189,500 and can only be purchased at Richard Mille boutiques worldwide. 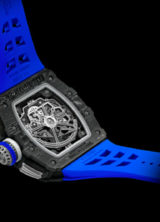 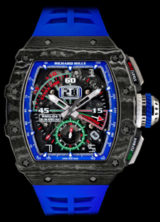