Another of the so-called barn-find car, which spent 32 years waiting to be re-registered, has found a new owner!
Perhaps not as diverse as the American “muscle car” scene, the Australian car industry had a lot to offer during the ’70s, and some of the models are in high demand today. Especially popular is Ford’s Falcon model, which became even more famous for its “role” in the cult film series “Mad Max”, where the Falcon XB Coupe masterfully played the role of the V8 Interceptor. 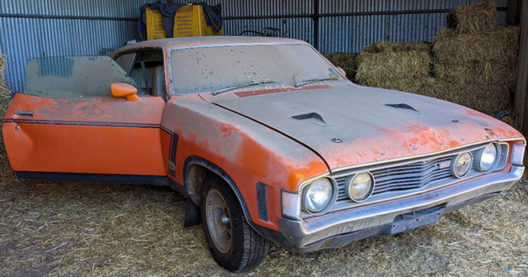 This time, it is not such an exotic model, but it is still its close “cousin” – Falcon XA GT from 1973, whose first and only owner so far, back in 1988, “parked” the car in the garage / barn. , since insurance for this model was too expensive to drive in regular traffic. Not wanting to sell it to anyone, the owner passed away last year, in December, and the car arrived at Gray’s Online auction, where it was soon sold, for 300,909 Australian dollars, which roughly comes out to around €181,000!
That this is not just such an “inflated” price is confirmed by the fact that this is one of only three Falcon XA GT produced in the orange, so-called McRobertson’s Old Gold color, and in addition equipped with a rather rare Regular Production Option (RPO) 83 package. This high-performance equipment package was originally intended for the Falcon GT Phase IV, but after the cancellation of that project, it ended up as an “option” for this model, and only on about 260 vehicles (120 coupes and 139 sedans). 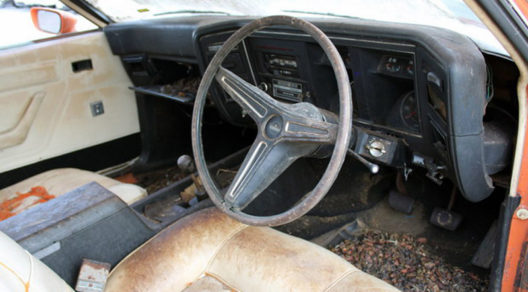 Under the “hood” is a powerful V8 engine with a volume of 351 cubic inches, or 5.8 liters, which releases about 300 horsepower, and of only three produced orange Falcon XA GT, the only one is “paired” with a 4-speed manual transmission!
The car is in a rather neglected condition that will require considerable investment, as well as effort and time to return not only to the driving condition, but also to the copy that justifies such a high price achieved at the auction. 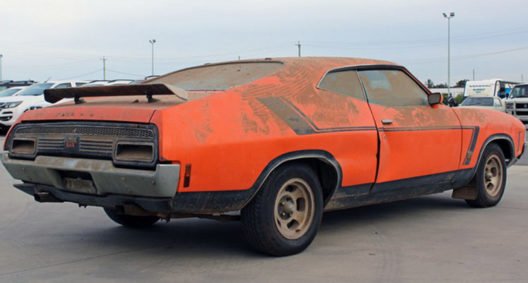