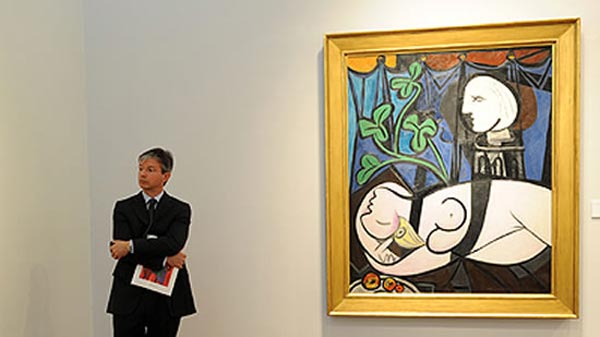 A 1932 painting titled “Nude, Green Leaves and Bust” by the Spanish artist Pablo Picasso painting has become the most expensive art work to be auctioned as it earned $106m, at Christie’s New York. Held by the late Los Angeles collectors Frances and Sidney Brody since the 1950s, the painting was won by an unnamed bidder through the telephone. The painting, Nu au Plateau de Sculpteur (Nude, Green Leaves and Bust), has Marie—Therese Walter, the artist’s mistress in reclining and also in a bust. Picasso included his own profile in the blue background. The winning bid breaks the record held by Giacometti’s Walking Man I, which sold in February for $104.3m.  Another work by Picasso, Garcon a la Pipe, had previously held the record when it sold for $104.1m in 2004. 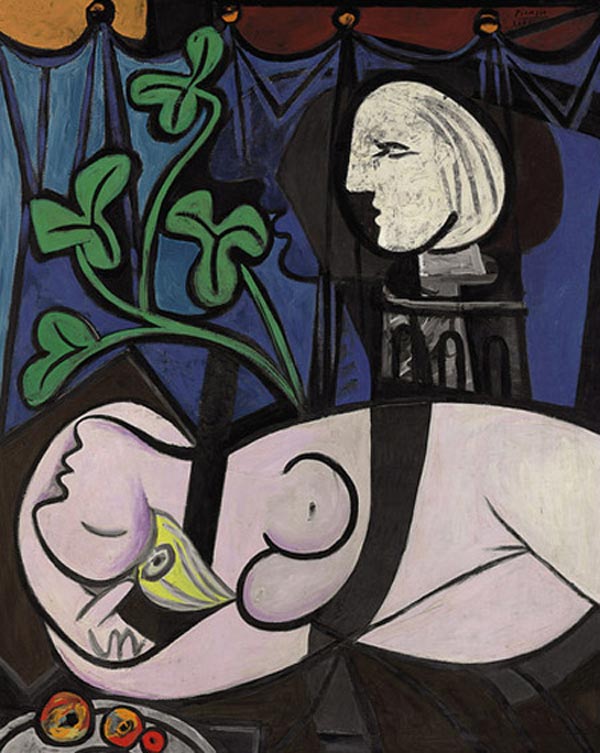