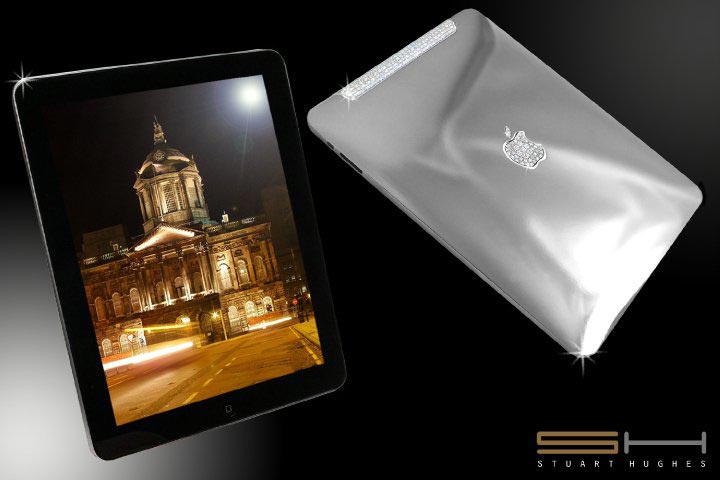 Encrusted with a total amount of 173 individually set ‘I’F’ Flawless diamonds, weighing 85.5 cts in totality. The sparkling gems are placed beautifully on the skillfully crafted solid Platinum rear section which weighs in at a huge 2,700 grams. Polished to perfection, this iPad perfectly unites the precious metal with today’s most hi-tech technology. So what does this solid platinum and diamonds weigh? 2.7kg. And like its gold counterpart, it’s the Wi-Fi and 3G, 64Gb iPad version. It is also a limited edition with only five of these units to be made. This platinum gadget upstages its gold counterpart (designed by Stuart wife Katherine) both in looks and price. In fact, with a price tag of £299,995 ($434,930), the Solid Platinum iPad Supreme Edition is the world’s most expensive iPad.
If you like you can check latest Other Stuff photos