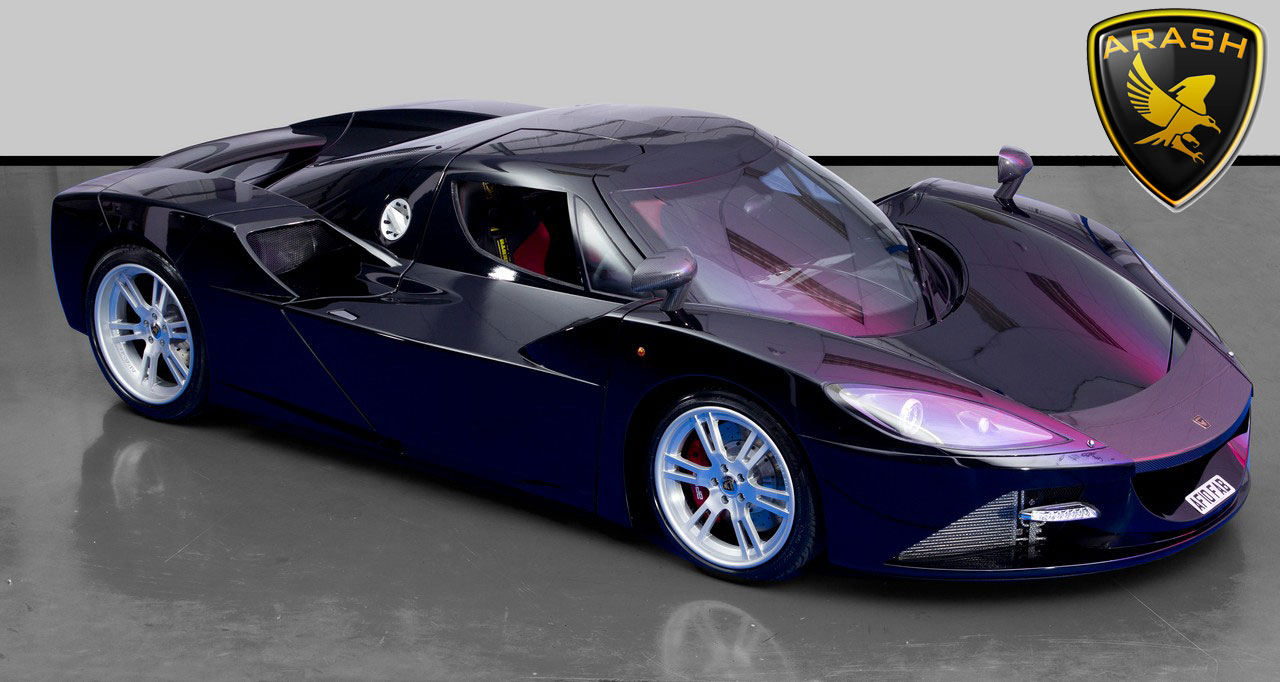 Arash AF10 Supercar Those car enthusiasts with a strong memory might recall the Arash AF10, a prototype supercar which was displayed at the 2006 London Motor Show. Come November and this car will be back in the spotlight as the company is now finally ready to unveil the first production version of the AF10 to the world. The supercar will make its world debut at the 2010 MPH The Prestige & Performance Motor Show. The AF10, which to some may look like the ugly sibling of the Ferrari Enzo, was originally slated to be an affordable supercar. However, pricing is to start at £620,000 (approximately $1 million), which Arash hopes will allow the AF10 to steal sales away from other small-scale supercar manufacturers, such as Koenigsegg and Pagani. 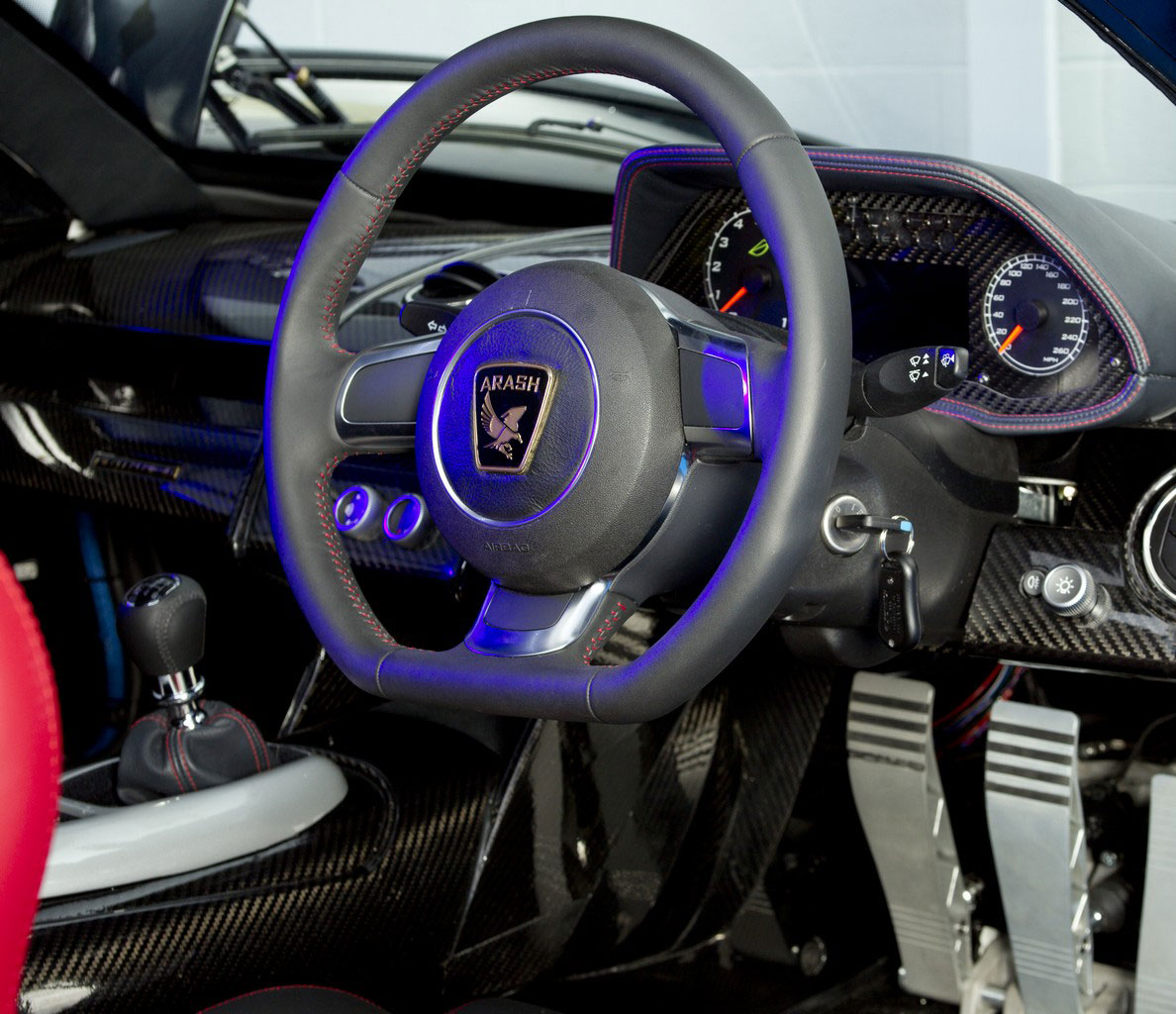 Arash AF10 Supercar The car is said to use the 550-horsepower seven-liter LS7 V8 engine from a Corvette ZR-1. For this car, the engine would crank out up to 475 ft-lb of torque. The engine would be mated to a six-speed Graziano GT-ME1 transmission. The car would ride on custom two-piece aluminum wheels measuring 9.5×19 inches in the front, and 12.5×20 inches in the rear. The body of the Arash AF10 is made of a carbon fiber body and panels with a core of aluminum in honeycomb configuration. The body will be manufactured, Arash says, by F1 engineers, who are used to using carbon fiber on top of a honeycomb aluminum core. The Arash AF-10 comes straight from the factory hitting a top speed of 205 mph, however for those of you who crave more than the standard 550 HP offering, the British super car builder will also prepare an 800 HP and 1200 HP version. 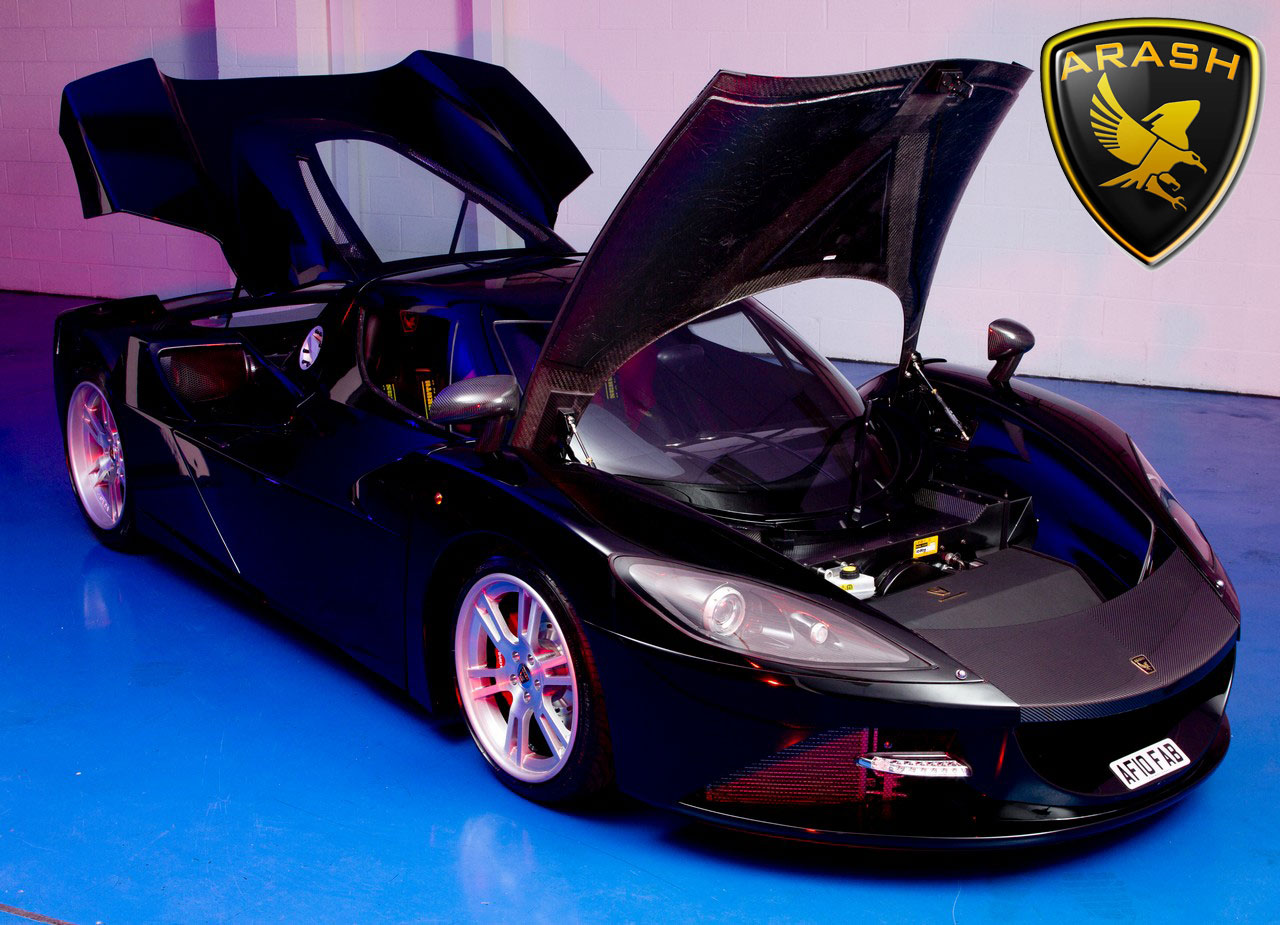 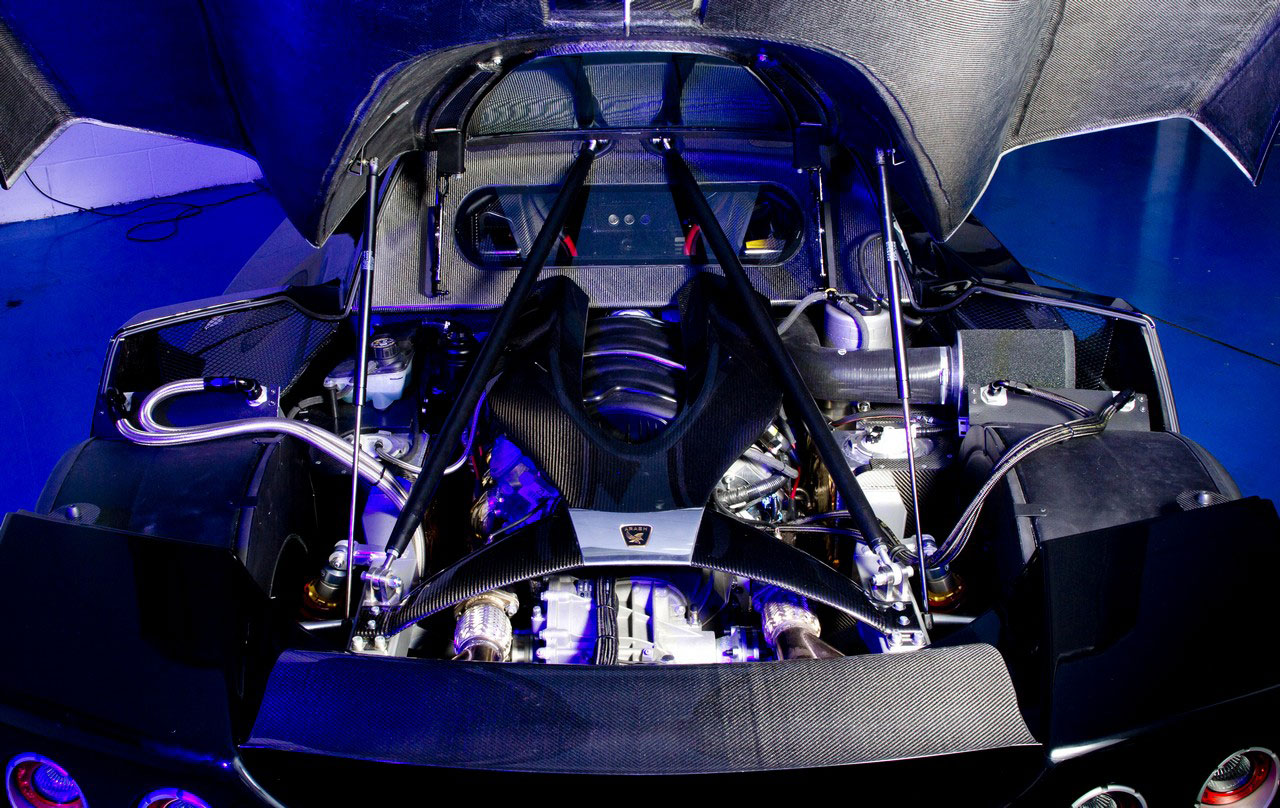 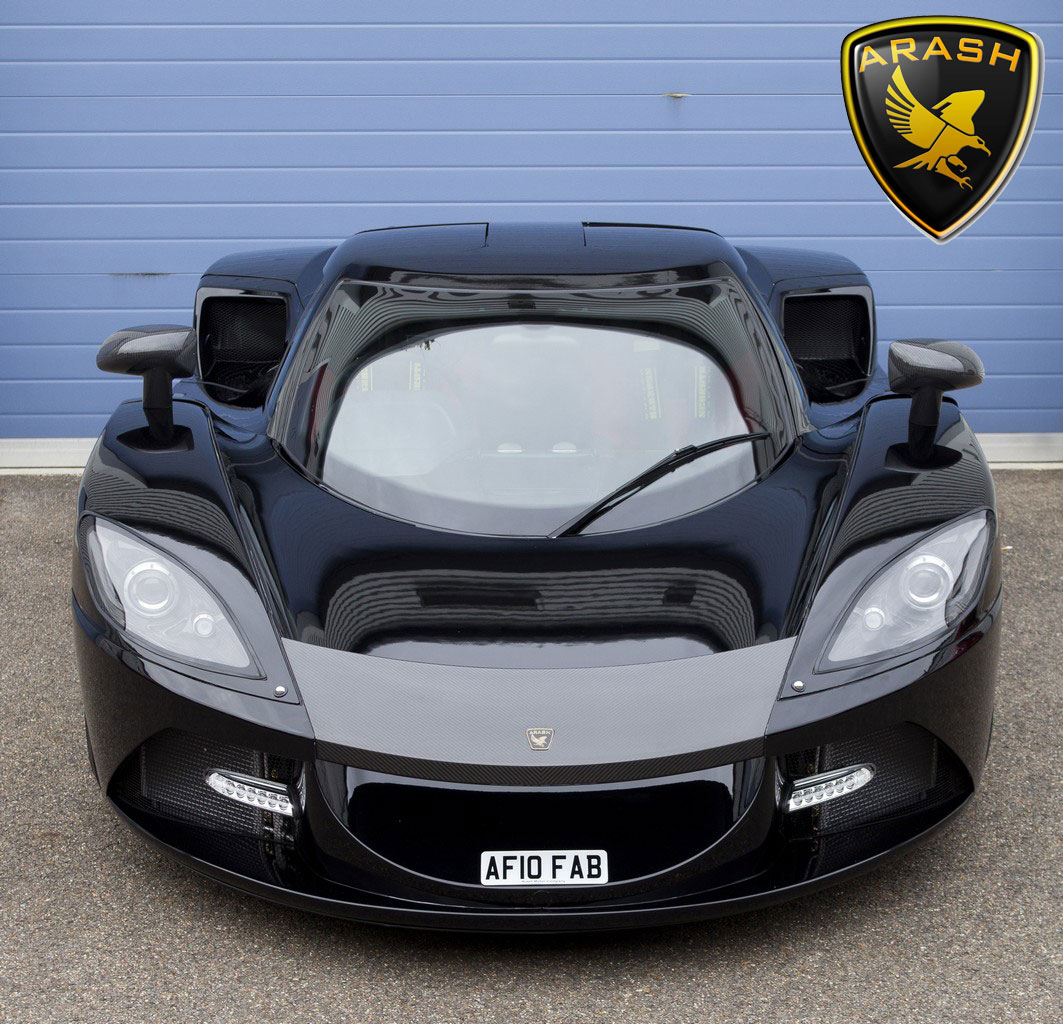 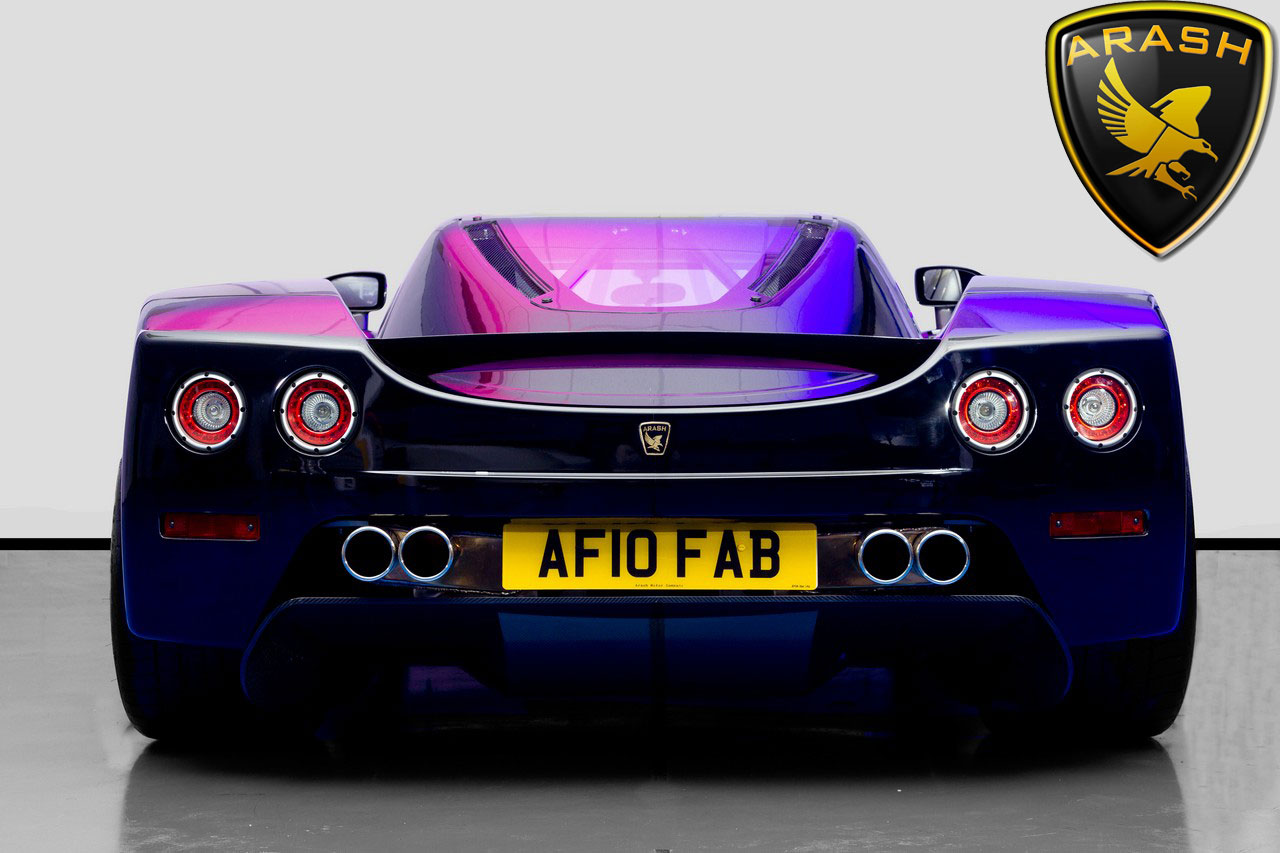