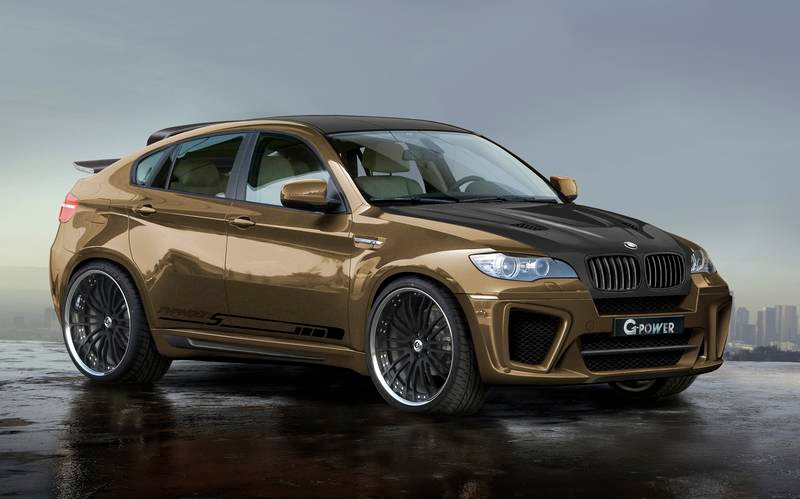 G-Power BMW X6 Typhoon RS BMW tuner G-Power had released different packages for BMW X6 before, but with the latest one they’ve gone berserk. Apparently they wanted to make the ultimate X6 ever, so they took an X6M, gave it a massive body kit and then squeezed a V10 BMW M5’s V10 engine under the bonnet. The results is G-Power Typhoon RS BMW X6 M – the fastest SUV in the world. It’s not the standard V10 of course, it’s the same they’ve put in their M5 Hurricane RR which is grown from 5.0 to 5.5 litres and tuned to churn out a colossal 900 hp and 870 Nm of torque. The main sources of this huge power is the twin ASA T1-316 compressors which will be cooled to optimum performance temperatures by the double- flow, water-cooled intercooler. An optimised data map for the engine electronics is also available for the V10 power train. The result is a top speed of more than 205 mph (330 km/h), zero to 62 mph time of 4.2 seconds, zero to 124 mph in less than 13.0 seconds. With this kinda performance the tuner had to use high-tech brake system equipped with 410 mm carbon-ceramic brake disks and 6-piston callipers to keep things under control. The car’s ridiculously showy body kit and 23-inch G-Power Silverstone RS forged wheels are also in harmony with the car’s inner power. In the vehicle interior, the main subject is weight reduction. After getting rid of the heavy xDrive all-wheel drive and making use of titanium as the material for the exhaust system, the four ultra-light carbon individual seats in the vehicle interior complete the weight reduction programme. G-Power BMW X6 Typhoon RS has got everything it needs to steal the heart and soul of incredibly rich but awfully tasteless folks who are willing to spend a staggering €675,000 ($887,ooo) on it! But it is limited to only 5 units worldwide. 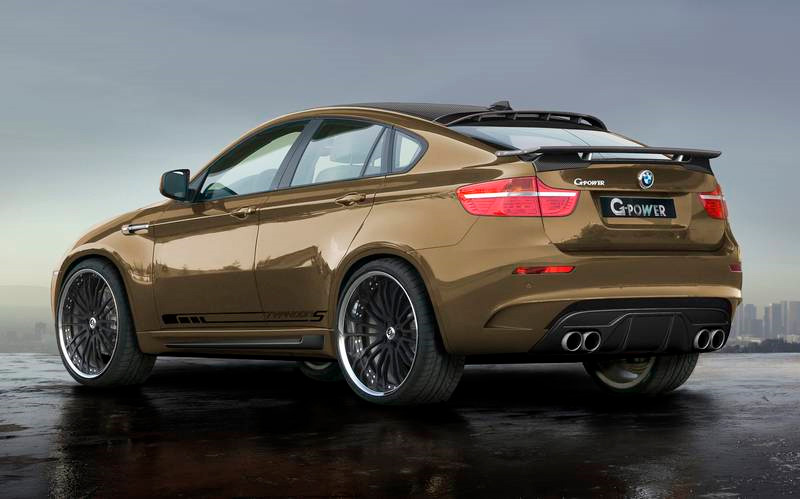 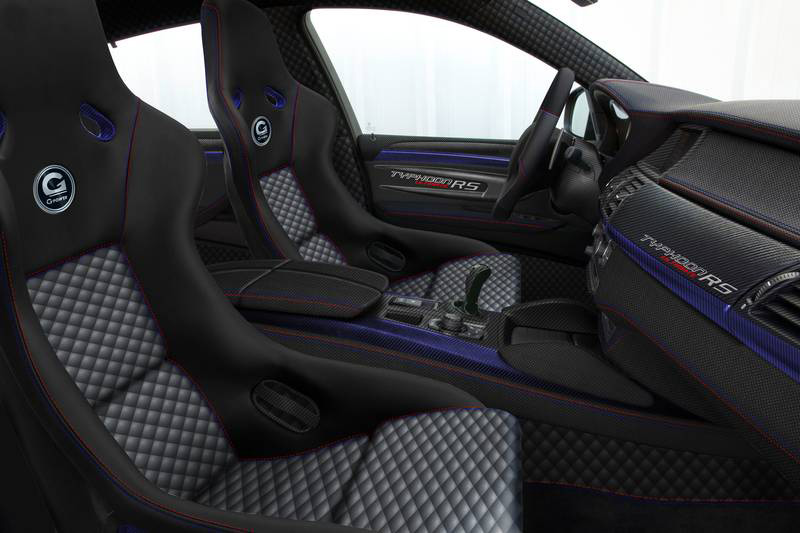