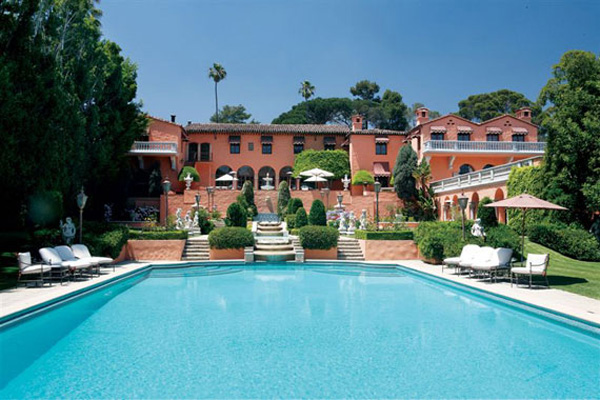 The Beverly House Estate The former title holder for the most expensive home for sale in America is back on the market. The former home of William Randolph Hearst, which is located in Beverly Hills, CA, was hauled onto the market back in 2007 for a whopping $165 million. It didn’t sell and was later pulled off the market. Earlier today the Real Estalker mentioned that financier Leonard Ross, current owner of the Legendary Beverly House Estate, had declared bankruptcy. The bankruptcy filings revealed that Ross owes $40 million in mortgages on the home. Now, the Beverly Hills mansion of William Randolph Hearst and Marion Davies is back on the market with Hilton & Hyland for $95 million, a huge price drop. It’s practically a bargain compared to Aaron Spelling’s $150 million home. 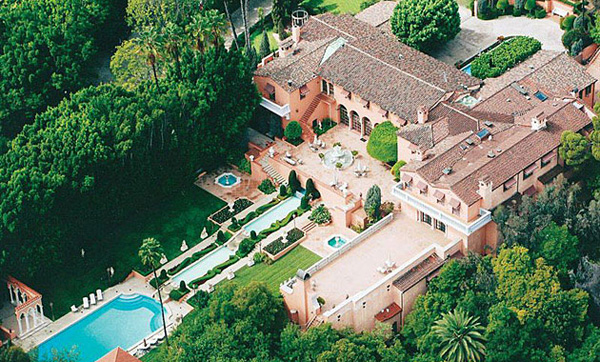 The Beverly House Estate The pink stucco main home comes with 3.7 acres of land just a few blocks from Sunset Boulevard. The home was built in 1927 for banker Milton Getz and designed by Gordon Kaufmann. Marion Davies bought the property in 1946 for William Randolph Hearst for a reported $120,000. Ross bought the home in 1976. If you had acted fast 20 years ago, when the home was briefly on the market, you could have picked this place up for $25 million. The home has been in several movies including The Godfather, The Jerk and The Bodyguard. The main level includes a 50 foot entry hall with loggia, a living room with 22 foot high arched and detailed ceilings, and the famed library with hand carved woodwork and staircase leading to second story wrap-around balcony and bookshelves. The billiard room contains herringbone parquet floors and a massive carved stone fireplace mantle from San Simeon. There is also a formal dining room, breakfast room, and family room with outdoor terrace accommodating up to 400 for sit-down dining. 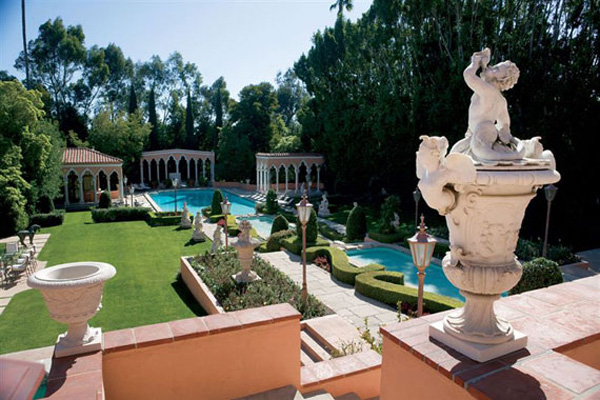 The Beverly House Estate A garden level contains an art-deco night club, wine cellar, and one of two projection rooms in the residence. Another level contains spa facilities with a gym and massage room. The second story contains double masters, guest suites and staff accommodations. Additional features of Beverly House include a commercial kitchen, owner’s and staff offices, outside staff accommodations, lighted tennis court with indoor bar and media center, guest house above eight car garage, separate security cottage, separate two bedroom apartment and two story gate lodge with kitchenette and four bedrooms. Rumors say that the home is in less than an ideal state of repair but the new owners will be getting a prized piece of property with an incredible history. 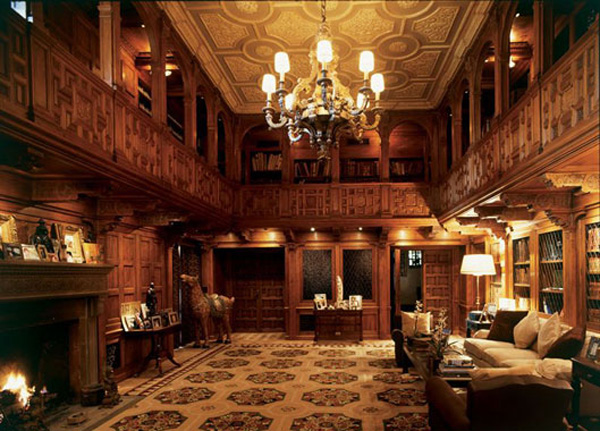 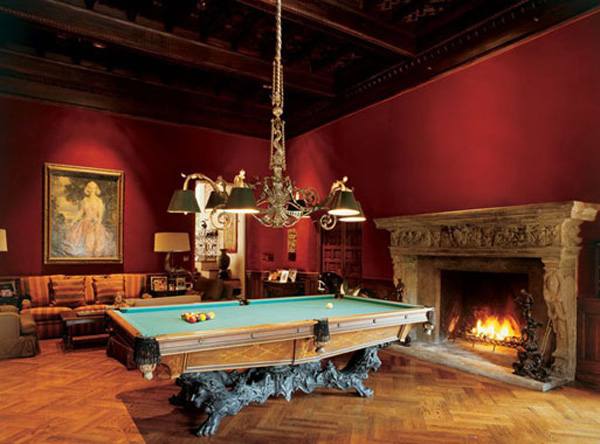