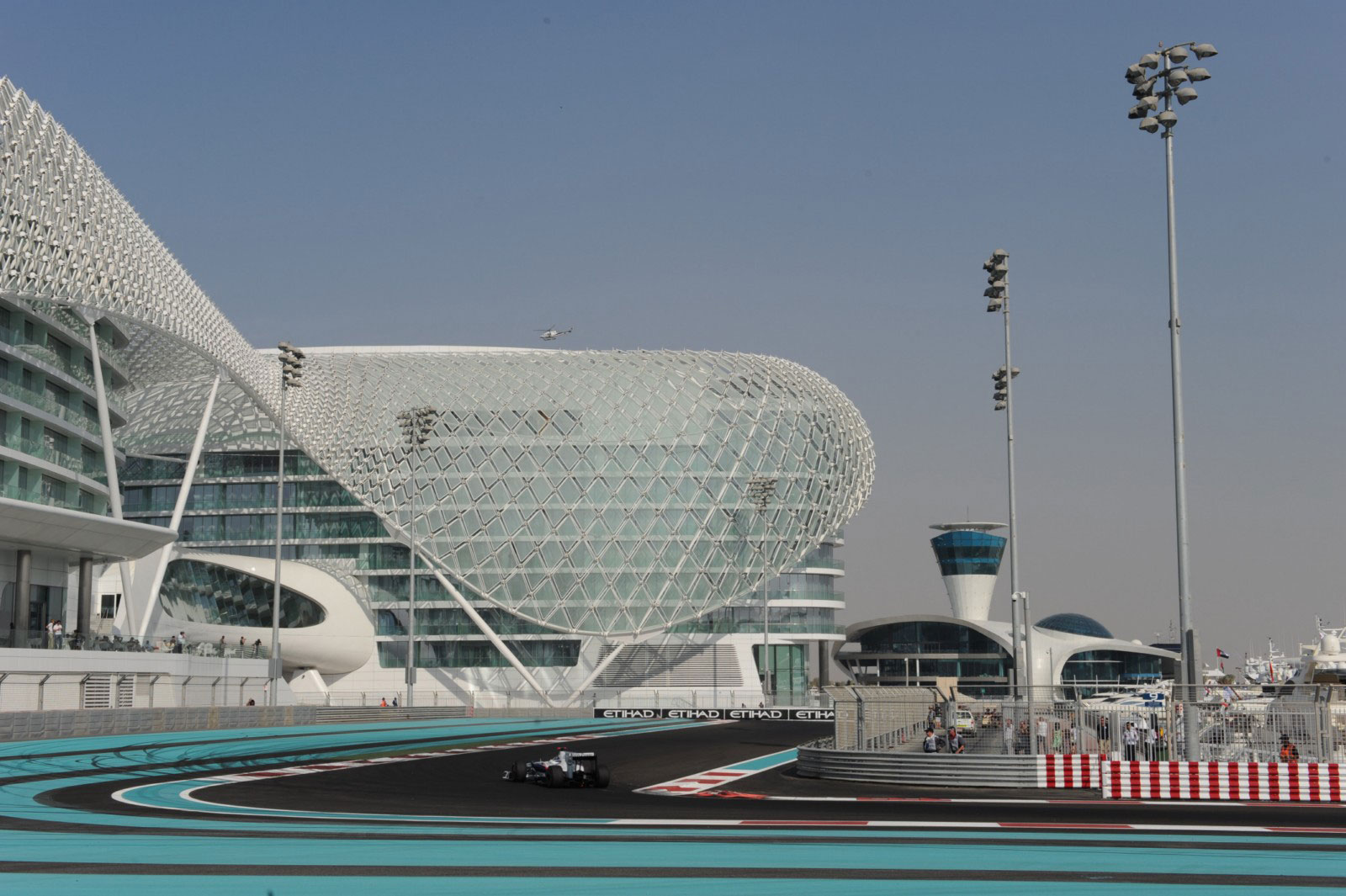 Yas Marina Circuit The 2010 Formula One Etihad Airways Abu Dhabi Grand Prix is the last race of the 2010 Formula One season where the championship is decided. The Yas Marina track cost a staggering £800 million and is part of a massive development aimed at bringing tourism to the United Arab Emirates. Among the attractions will be Ferrari World, the world’s largest indoor theme park with the world’s fastest rollercoaster. The marina by the track has space for more than 150 yachts and can even accommodate six 200ft-long monsters. With a track designed to present a challenge to even the most experienced drivers, and the only circuit in the world where a 500-bedroom, 5-star hotel actually straddles the track, the event promises unlimited excitement. The Yas Hotel guests have access to the Paddock via a purpose-built footbridge and their own entrance to the circuit. Spectators will not only enjoy the thrill of seeing the F1 World Champion being crowned in Abu Dhabi, but will also have the opportunity to see very close racing in the supporting GP2 and Porsche events and sample a wide range of off-track activities from breakdancing and skateboarding workshops to bungee trampolines. With more than 42,000 seats already sold, the final race of the 2010 F1 World Championship looks set to be played out in front of a capacity crowd, but 200 tickets are available online at www.yasmarinacircuit.ae, at the call centre on 800 YAS (927) or at selected Etihad Airways shops.
If you like you can check latest Other Stuff photos