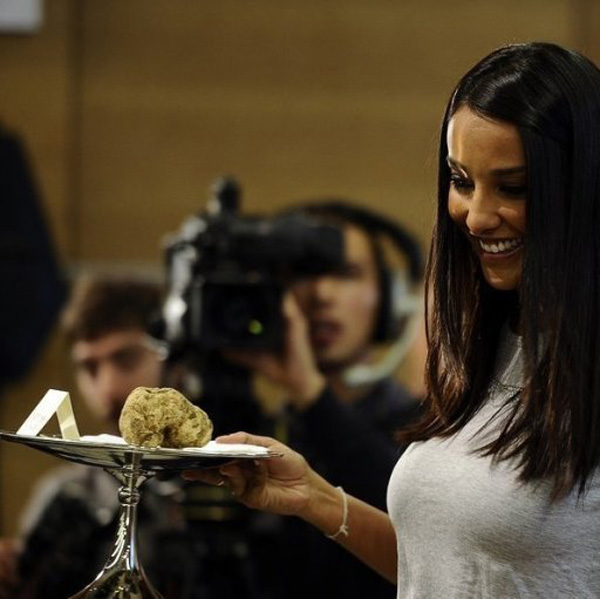 Italian Giant Truffle Sold for €105,000 A giant white truffle was sold off on Sunday for €105,000 ($144,000) at a lavish auction near the town of Alba in northern Italy, organisers said. The truffle, presented at the auction in the medieval Castello di Grinzane in a region of Italy famous for its cuisine, weighed 900 grammes. The price per gramme for the truffle was therefore €117, lower than the rate of €133 per gramme paid at the same auction last year. The buyer was Jeannie Cho Lee, a South Korean wine critic living in Hong Kong, who made her bid via a satellite link-up. Lee said on her Twitter account that she bought the truffle together with friends and will hold “a white truffle feast” after it arrives on Tuesday. “It is all for charity so it isn’t logical prices,” she said. Last year’s truffle also went to a buyer from Hong Kong. Italian businessman Antonio Bertolotto bought three truffles for a total of €108,000 and said he would donate one to Pope Benedict XVI. Most of the proceeds from the auction will go to Italian scholarships and charities as well as the Mother’s Choice children’s charity in Hong Kong. “Truffle allows gourmets and gourmands from around the world to meet up in this corner of the Piemonte region,” said Tomaso Zanoletti, an Italian senator who helped organise the auction. 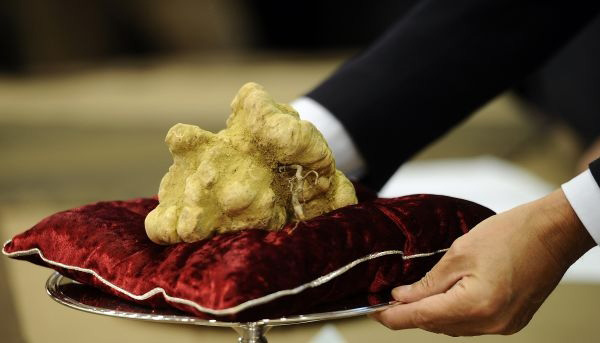 [Source: AFP]
If you like you can check latest Other Stuff photos