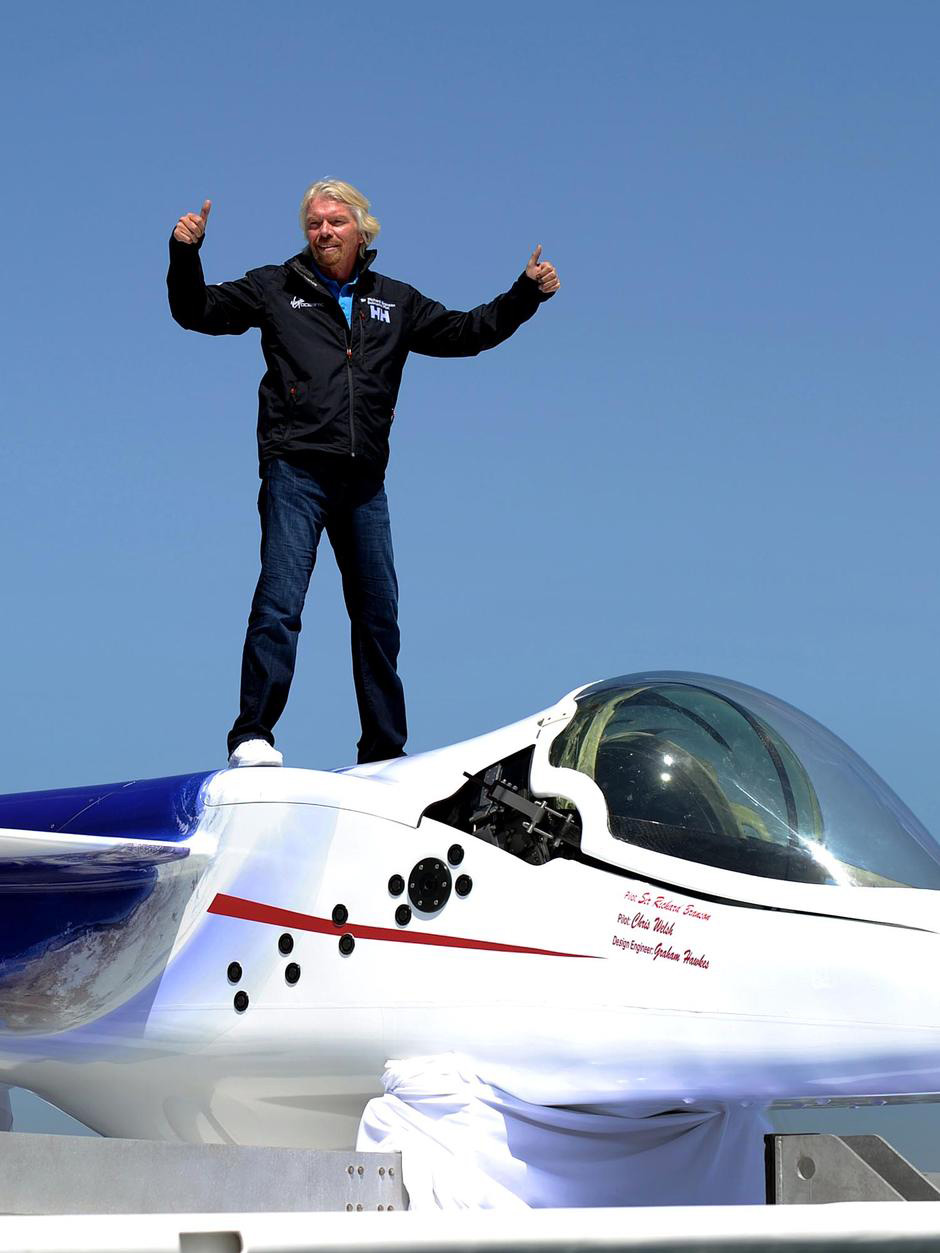 Richard Branson On top of his submarine at the Virgin Oceanic launch If you are billionaire like Richard Branson, you can plan everything,  from space travel to undersea exploration venture. He plans just that – to explore the deepest parts of the ocean. At a press conference in California, Branson announced that his 18-foot sub is capable of descending more than 36,000 feet below the surface. The first dive will be to the bottom of the Mariana Trench, a 36,201-foot canyon deep in the western Pacific. Humans have made it to the bottom of the Mariana Trench just once before, in 1960. The commander of that expedition, Jacques Piccard, later recounted the experience of that record-setting dive. The second dive will be to the bottom of the Puerto Rico Trench, which at 28,232 feet below the surface is the deepest trench in the Atlantic Ocean. Branson himself plans to pilot the sub for this journey. Branson will be the backup pilot for the Mariana dive too, if his designated pilot is unable to do it. Three other dives are planned, each to the deepest point of other three oceans. Unlike his suborbital-space-flight company, Virgin Galactic, the new venture is not accepting paying passengers. Instead, it will comprise only five deep-sea dives, each one carrying just one person, to the deepest points in each of the five oceans. For this adventure Virgin has built a custom submarine and a flashy promotional video. The sub’s cockpit has a bubble-like dome made of quartz, which can withstand 13 million pounds of pressure across its surface, Virgin says. The submarine looks a bit like an airplane, the better to “fly” to its underwater destinations. It weighs 8,000 pounds, is made of carbon fiber and titanium, and is rated to withstand pressure up to 37,000 feet below the surface. It’s not fast, though, with a maximum speed of just 3 knots and the ability to dive at 350 feet per minute, so its life-support systems are meant to last up to 24 hours. The sub will have a water sampling system that can filter microbes and viruses from the water for later study. It will also be able to deploy unmanned probes. So far, the sub has only gone for a dip in San Francisco Bay. Virgin Oceanic notes that sub was originally the brainchild of aviator and adventurer Steve Fossett, a friend of Branson’s, who crashed during a solo plane flight in 2007 but whose remains weren’t found until 2008. BBC Earth has announced to work with Richard Branson’s Virgin Oceanic Five Dives expedition to produce a theatrical film and TV series. [Virgin Oceanic] 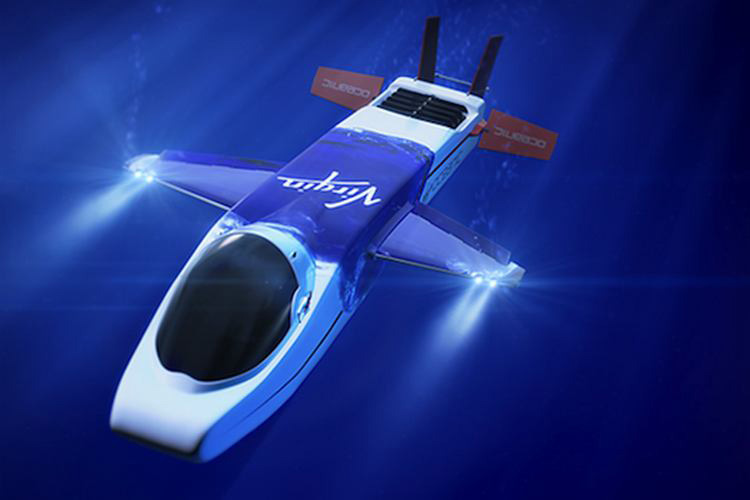