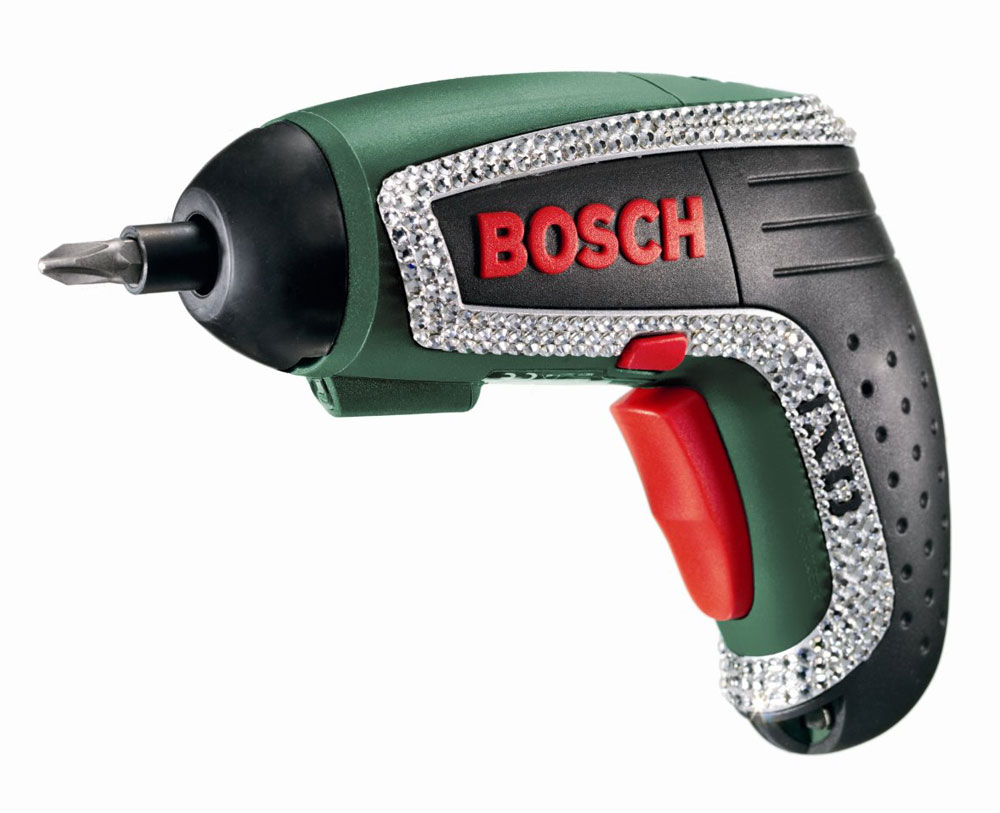 Limited Edition Bosch IXO Screwdriver With Swarovski Crystals Swarovski crystals have found their application literally everywhere. It is fine that the Bosch company wanted crystals on its products, but just on screwdriver? However Bosch has launched a limited edition Swarovski-studded IXO Cordless Screwdriver to celebrate the IXO becoming the world’s best-selling power tool. The tiny Bosch IXO has been decorated with 470 Swarovski crystals. Outside of that, the IXO comes with lithium ion cordless power technology. Weighing just 300g, the IXO has been ergonomically designed to offer practical handling and is an easy solution for all screwdriving tasks. The IXO also has a unique LED light display showing you which gear you are in. The Swarovski-studded Bosch screwdriver comes in an exclusive packaging box, which also includes a Swarovski guarantee. Offer is limited to 2,000 pieces. It is available through Amazon at the price of $470. What’s next? Maybe swarovski encrusted garbage can? 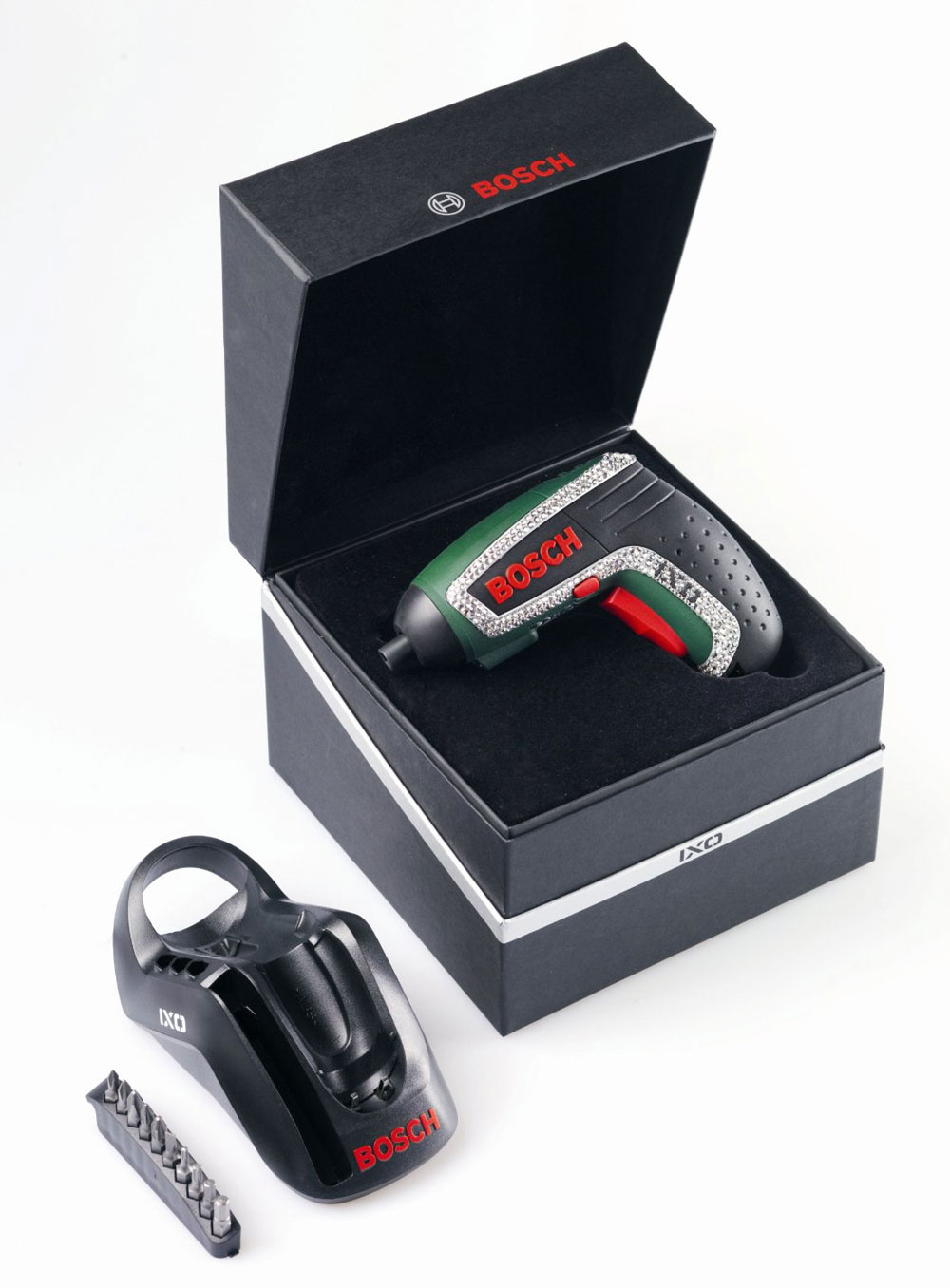