When you have $380,000, you can buy Lamborghini Aventador, but what if you like a replica model of that same car? In that case, you need almost 13 times more money. Not a joke, 1:8 replica model based on the Lamborghini Aventador LP 700-4 with the price tag of $4.7 million already won the title of the world’s most expensive and precious model car – a title ratified by Guinness World Records. 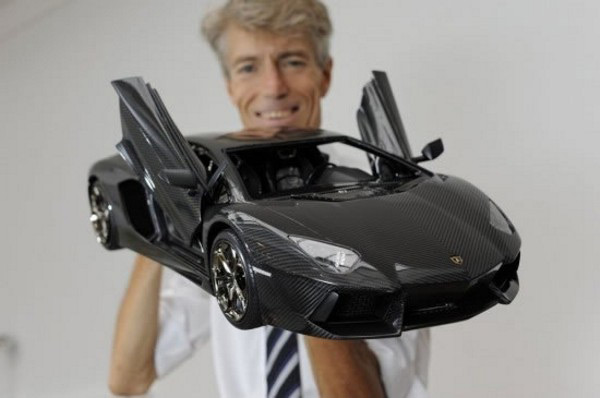 This replica model made by Robert Gülpen, a German engineer who specializes in making car models out of precious materials, is made from carbon fibre like the original with threads of solid gold and its shell was milled using computer modelling data handed over from the Italian car manufacturer. The rims and interior are platinum and gold, while various gem stones are embedded into the construction. The materials alone cost $2.7 million. Sotheby’s will auction the car in December in either New York or Dubai with bids starting at $4.7 million. Or, you can purchase it at the Frankfurt Auto Show at the end of September, but that will cost you an an extra $1.3 million. And while it’s not confirmed, Robert’s next effort will be a Hot Wheels-sized model of the McLaren MP4-12C that will sell for just over $1 billion. 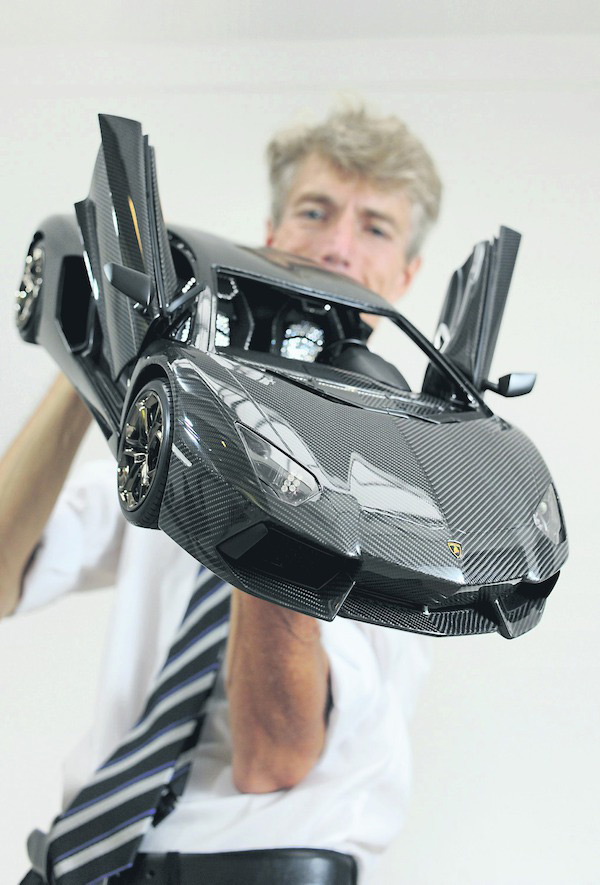