All of us who visit the 2011 Frankfurt Motor Show beginning September 15 , we’l have a chance to see what the future may hold for the 2025 S-Class, and they’ve named it the F125! That is new Mercedes-Benz F125 concept, which is looking more than two generations to the year 2025 and beyond. Thinking that far into the future, the luxury carmaker also has taken the liberty to envision a bold design. The F125’s smooth lines along the hood and grille make it seem as if the car’s body was stamped from just one giant piece of aluminum. 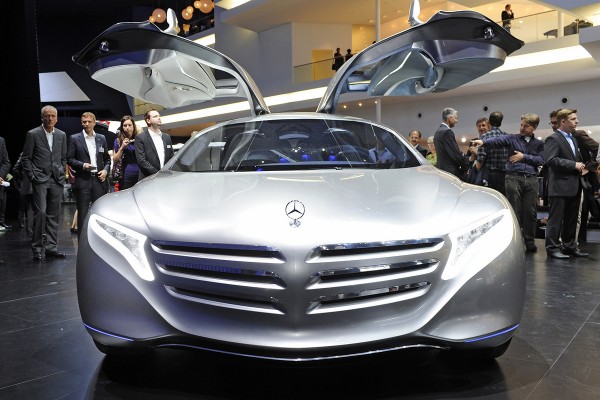 F125 is powered by an unconventional plug-in hybrid powertrain: when the power the car sucked from an outlet runs out, a hydrogen fuel cell kicks on to generate power. Hydrogen is stored in a tank integrated into the body as a structural component, a feat not feasible today but something Mercedes-Benz claims will be possible in 2025. Between the hydrogen fuel cell and the plug-in battery, the F125! has a claimed range of 621 miles, a maximum output of 308 horsepower and a continuous output of 228 hp. Thanks to lightweight construction, though, the car will do the 0-60 in 4.8 seconds and zip on up to 137 miles per hour. The sweeping roofline has transformed the three-box S-Class into a model more closely resembling a coupe. Gorden Wagener, Mercedes-Benz Design Chief, is quick to point out that it’s a further developed sedan shape – with seating for four and a 470-liter boot. Giant gullwing doors allow access to both front and rear seats, though giving the car only two doors makes it seem more like a CL-Class to us. On the inside, the design stays true to Mercedes-Benz – luxurious and spacious while still being modern and simple. The front passenger seat can be folded away into the footwell to allow one of the rear seats to recline and lie flat. Most of the major controls are activated through gestures so drivers can point a thumb to the left or right for the indicators or swipe a hand to the right to activate the windscreen wipers. [youtube]http://www.youtube.com/watch?v=9EOIqiRnvxU[/youtube] 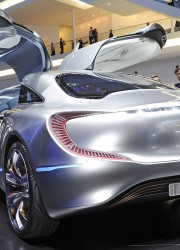 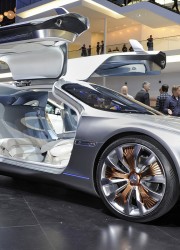 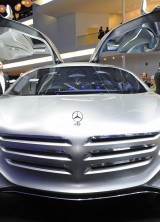 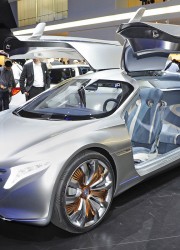 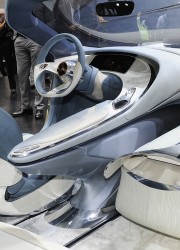 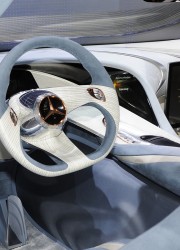 One thought on “Mercedes-Benz F125 Concept at Frankfurt Motor Show”