Elizabeth Taylor’s collection of 400 dresses and accessories and more than 200 pieces of her jewelry will be on sale in December at Christie’s auction in New York. The extensive collection includes dresses by designers Givenchy, Chanel, Christian Dior, Versace, Yves Saint Laurent and Valentino. 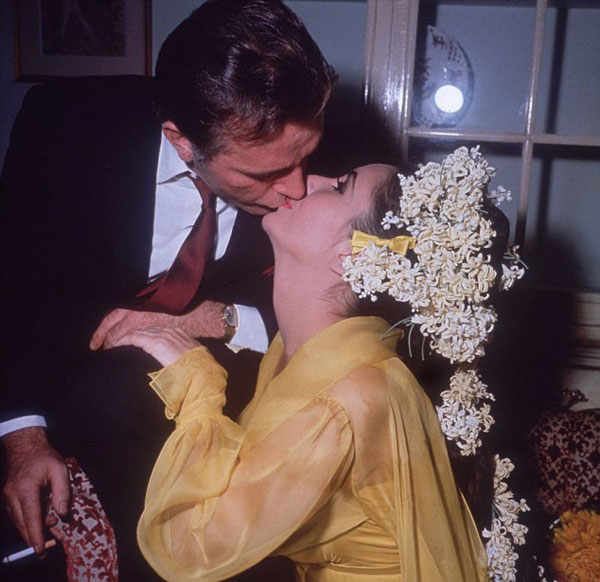 The highlights of the auction will be the wedding dresses she wore when she married Richard Burton, in 1964 and again in 1975, and the gown she wore to the 1992 Oscars, when she was given a special award for her support for the fight against AIDS. The most expensive dress, the one from her first marriage, is expected to go for $40,000 to $60,000. Many of the pieces in this lifetime collection were couture, custom made for Ms Taylor by designers who became her close friends, said Meredith Etherington-Smith of Christie’s. The December 13-16 sales, which span over 50 years of fashion, will follow a global three-month tour which will also includes Taylor’s renowned jewelry, fine art and memorabilia. It will be the second in a series of auctions from the estate of the legendary film star who died in March. Part of the proceeds from exhibitions related to the auction will be donated to the Elizabeth Taylor Aids foundation. [Christie’s] 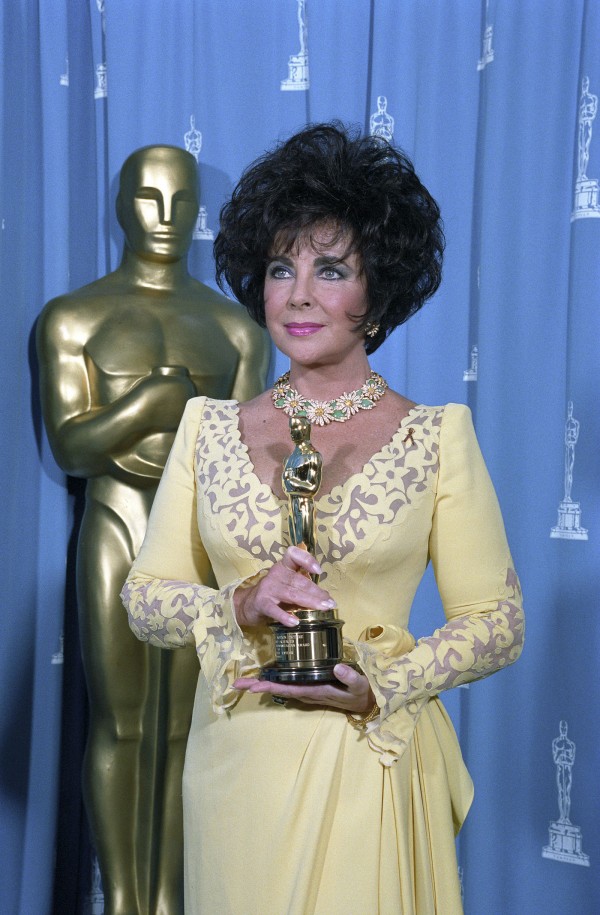 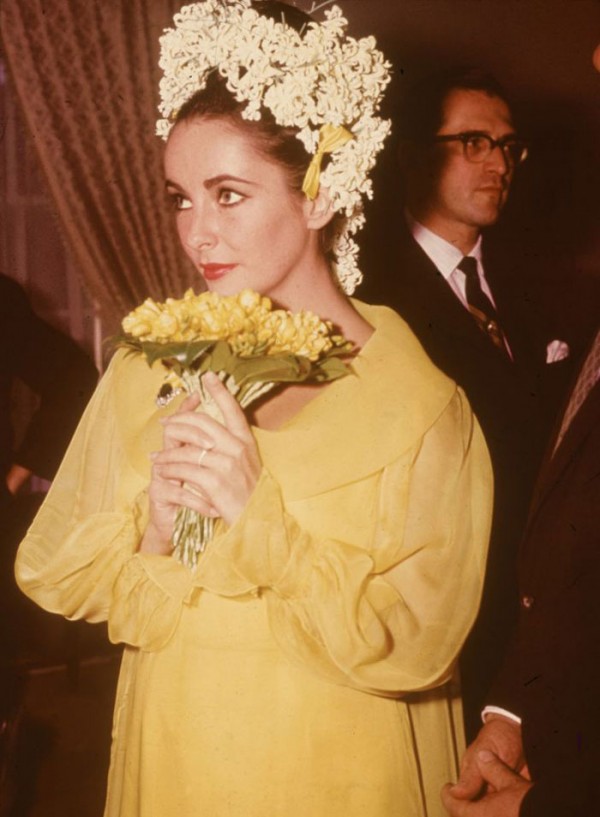 Elizabeth Taylor on their first wedding day in 1964