Its a known fact that Japanese love their seafood. So it comes as no surprise that recently a Bluefin Tuna was sold for a record price. A bluefin tuna caught off northeastern Japan fetched a record 56.49 million yen, or about $736,000, Thursday in the first auction of the year at Tokyo’s Tsukiji fish market. The price for the 593-pound tuna beat last year’s record of 32.49 million yen ($396,000). Why so expensive? Bluefin tuna, considered the best sashimi and sushi in the world, have been fished to near extinction with the population of the Pacific bluefin the most stable to date. 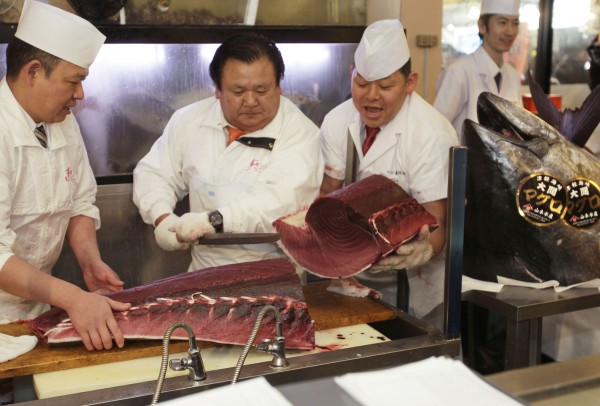 The massive fish, one of the largest in the Pacific, was purchased by Kiyoshi Kimura,operator of the 46-store Sushi-Zanmai restaurant chain. But the high price was more about national sentiment than tuna economics. The reason for the premium bid? It is not just about the money, as there will be positive ripple effects from buying the fish, said Hiroshi Umehara a spokesman for the restaurants. It is also about the Japanese spirit. Rather than having it taken away overseas, I wish for Japanese people to eat good tuna together. Despite the March 11 earthquake and the sluggish economy I want to lift up Japan’s spirits urging people to work hard together, Kiyoshi Kimura, president of Kiyomura, told reporters Thursday after landing his purchase. The purchase also sets a new record of Y210,000 per kilogram, or $2,736 per pound, although the Zanmai restaurants across Tokyo will not be bumping up the price when it is served to consumers, the company has promised. The approximately 10,000 slices of sushi will be served at regular prices, ranging from Y135 ($1.75) to Y418 ($5.45) for a cut of the best fatty otoro sushi. The giant was caught in Oma in Japan’s northern Aomori prefecture, one of the areas hit in last year’s earthquake and tsunami. It’s also one of Japan’s most important fishing zones. Fishermen up and down the coast of northeast Japan have been struggling since many of their boats were swept to sea and the ports and markets were destroyed in the disasters. [youtube]http://www.youtube.com/watch?v=SxetF7o4aYI[/youtube] 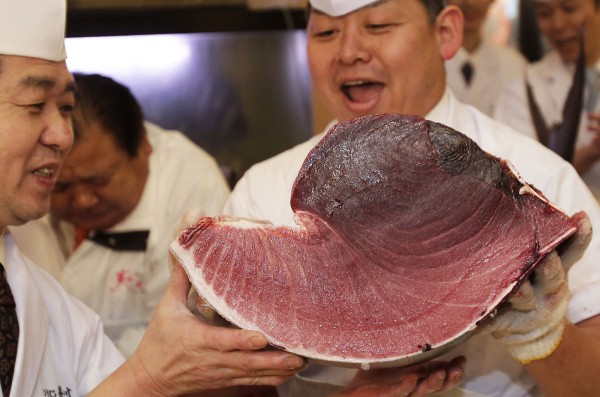 The bluefin tuna caught off northeastern Japan fetched a record 56.49 million yen, or about $736,000, Thursday in the first auction of the year at the fish market. 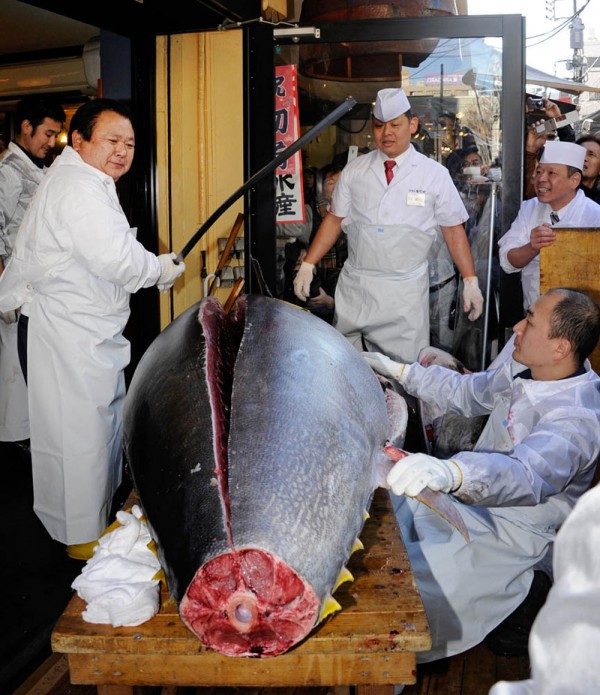 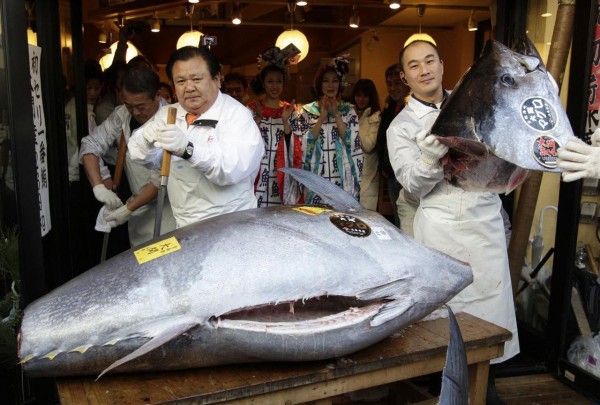 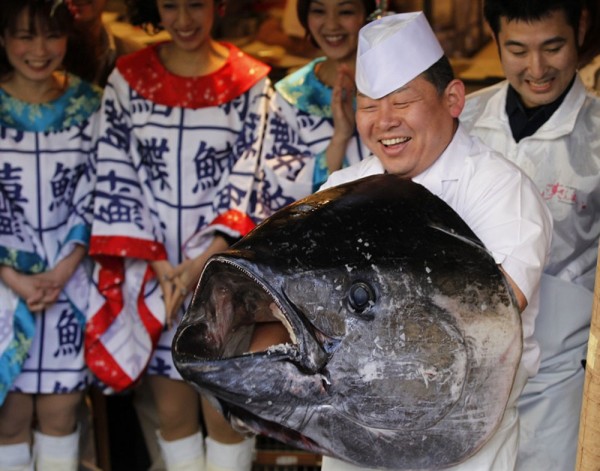 A chef holds the head of a bluefin tuna after cutting its meat at a sushi restaurant in Tokyo. 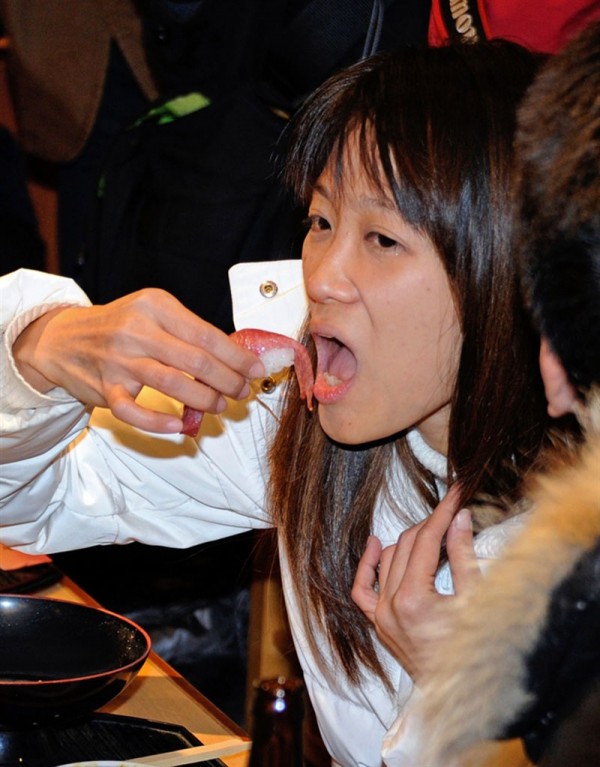 A customer eats sushi freshly sliced up from the bluefin.