Maximilian Büsser & Friends’ brand launches another limited edition version of Horological Machine 4 at Baselworld called the HM4 RT. Originally presented in titanium, the HM No. 4 Thunderbolt is now available in rose gold and titanium. The HM4 RT (Rose gold and Titanium) edition brings back the Jules Verne flying machine design yet again by using the sophistication of 5N red gold, and grade 5 Titanium for creating the chassis, which has the 2 barrels with individual dials. There are a total of 3 main functions that these dials put on display, including the power reserve on the left, and the hours and minutes on right dial. 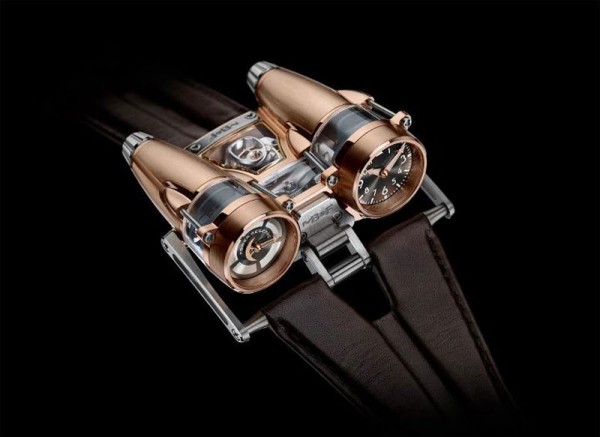 The HM4 RT has a sleek, aerodynamic case crafted from regal red gold and transparent sapphire crystals to offer a perfect view into the in-house engine – ultra-complex micro-mechanics which are the result of three long years of development. Inside the engine, there are 311 minute components, of which 50 are jewels. This engine would actually be beating at the rate of 21,600 beats per hour, and the main source of power becomes the manual winding mechanism. The power reserve of this mechanism stands at 72 hours before it needs a rewind again. However, this wouldn’t include the rest of the casing, which has 65 more minute components. The buckling in this case is pure titanium adding a rather aesthetic contrast to the overall looks. The attached strapping is hand stitched calf-skin leather in brown. The Maximilian Büsser & Friends HM4 RT  is a limited edition of 18 pieces in 5N red gold, titanium and sapphire. [M.A.D.Gallery] 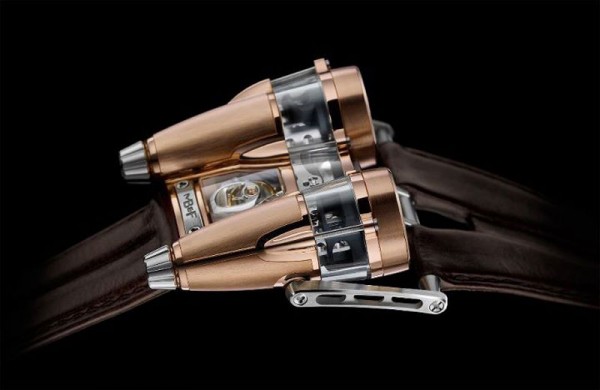 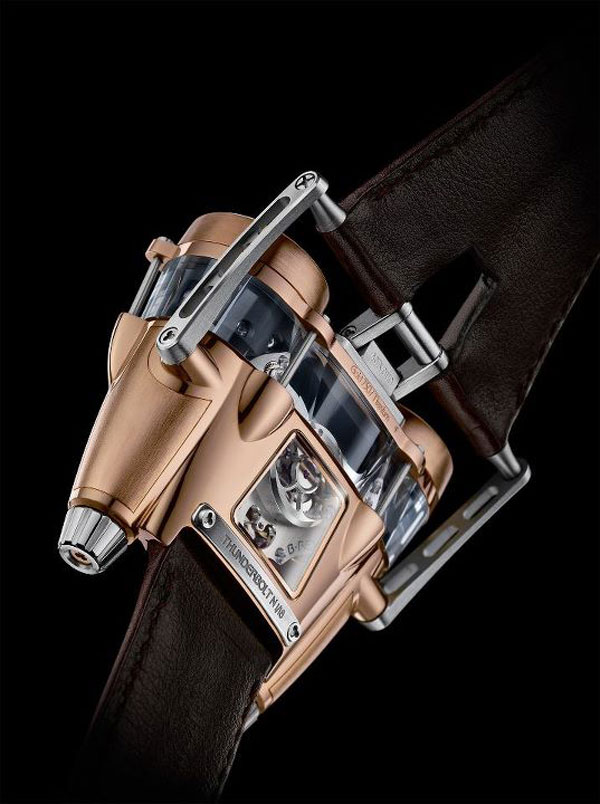