The Terrafugia’s flying car Transition was supposed to be unveiled in 2011, but now it seems like the revamped car will start delivery by the end of the year. But here is an alternative for those who don’t want to wait that long. You’ll be surprised to know that flying cars have been around as early as the 1950s, as you can see with this 1954 Aerocarn which just went on sale. Courtesy Aircraft Inc., a company that specializes in sales of vintage military and civilian aircraft, is offering the older flying car, which shares many traits with the Transition, for about $1.3 million – a price that makes the $279,000 Transition seem like a bargain. 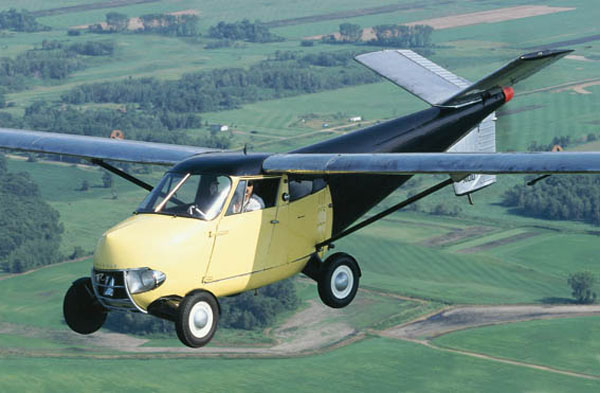 During its time, there weren’t too many enthusiastic buyers hence it didn’t go into extensive production lines, but never the less gained notary for its functional concept. Only five pieces of the Aerocars is believed to exist today. This unique automobile consists of a small 2-seater cabin up front which features both the driving as well as flying control systems. There is a modular fixture in the rear with a full-sized wing set and flying engine. When attached to the front the vehicle transforms into a functional airplane. On the ground the wing set is attached to the car like a wagon and can be carried around. Speaking of the technical components of this vehicle, the engine is a Lycoming 0-320 4-cylinder 150 HP machine, with the capability to glide the plane at 100 m/ph. The service height however, remains at around 12,000 feet above the ground. Since the vehicle was made in 1954 it is constructed predominantly of metal. It not only adds to its weight but also makes the vehicle very noisy. Despite all the metal used for making the vehicle it will still be considered a light weight vehicle as it weighs in at 2,100 lbs, and will be able to fly for 460 miles on one tank of petrol. The aircraft was serial No. 3 and won a United States type certificate. It takes approximately 10 minutes to convert the automobile to an airplane. Despite being out of annual the collector’s item could prove to be a popular investment, although it is in need of some maintenance as its last inspection was over 14 years ago and it has not taken to the sky in quite a while. Here You can watch vintage Universal Newsreel footage of the Aerocar. 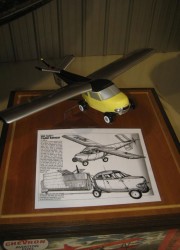 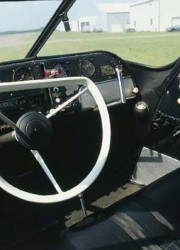 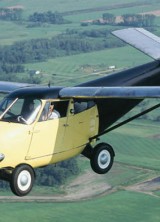 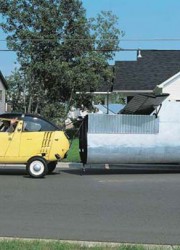 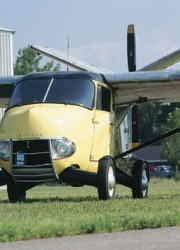 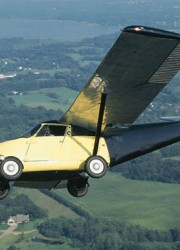