(Crewe / Jüchen. 20th March 2012) Readers of the German Motor Klassik magazine have placed the new Bentley Continental GT at the top of the New Cars – Coupes category as part of its 2012 awards. The prize will be presented on 20th March 2012 to Rolf Frech, Member of the Board for Engineering Bentley Motors, at the Motor Klassik gala award ceremony at Schloss Dyck in Jüchen, Westphalia. The Motor Klassik awards reflect the opinions of readers of both its magazine and online editions with more than 13,000 votes cast for a variety of classic cars. For the first time, the Awards now also include new cars with a timeless and unique character as Classics of Tomorrow. 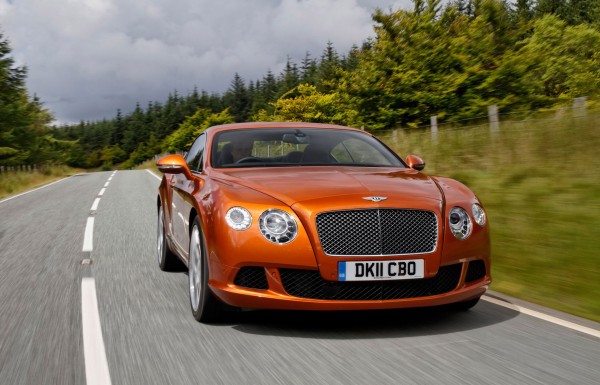 Bentley revealed the Continental GT, a dynamic new luxury-performance coupe at the Paris Motor Show in late 2002. The GT not only marked the birth of a new product range for Bentley but also the beginning of an extraordinary renaissance for the Bentley brand. Under the leadership of the Belgian-born Director of Design, Dirk van Braeckel, the Bentley styling team gained inspiration from the R-Type Continental coupe of the 1950s, universally regarded as one of the world’s most beautiful cars. The new Continental GT emerged as a contemporary design icon with its highly distinctive profile, hand-crafted luxury, cutting-edge technology and powerful, hand-built, twin-turbocharged 6.0-litre W12 engine. It perfectly expresses the unrivalled skills of Bentley’s workforce. The new-generation Continental GT, introduced in 2011, builds on this success. The latest body construction techniques, including aluminium Super-Formed front wings provide the feel of a truly coachbuilt coupe, while the familiar power lines and rear haunches now have sharper radii enhancing the highly distinctive, sculptured appearance of the Bentley coupe – features that were appreciated by Motor Klassik readers. With the recent introduction of a new, high-efficiency 4.0-litre V8 engine (with 8-speed transmission) sitting just below the 6.0-litre W12, Bentley is widening the appeal of the latest generation of Continental GT and GTC, while retaining the power, drama and performance one associates with the Bentley Continental. Commenting on the Motor Klassik readers’ award, Bentley’s Regional Director for Europe, Guillaume Chabin said: The Continental GT is a design icon with a truly unique blend of luxury, craftsmanship and performance, reflecting the essence of the Bentley brand. The design of the Continental GT is timeless, making an eloquent statement not only for today’s customers but those in the future. I would like to thank the readers of Motor Klassik for presenting Bentley with this prestigious award.
If you like you can check latest Other Stuff photos