World’s only Ferrari-endorsed motorbike, that was built as a tribute to the marque’s founder, Enzo Ferrari, by British engineer David Kay in 1990, will hit the auction block on April 29, at Bonhams. It’s estimated that it will bring in $120,000 to $160,000. 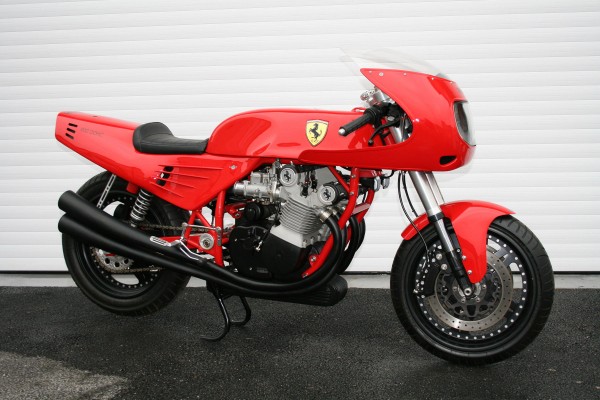 A private British collector was the owner of the bike for the past 17 years, during which he has displayed it as a work of art in the drawing room of his luxury home. Finally, he has now taken the decision to put his Ferrari 900 under the hammer. David Kay wrote to Enzo Ferrari’s son Piero, requesting to have permission to build a one-off motorbike sporting the famous Ferrari prancing horse logos, and in May 1990 Kay got the reply he wanted: the approval to place the Ferrari logo on your motorbike. It was finished in 1995. The bike, a Ferrari 900, which took Kay approximately 3,000 man-hour to complete, has a 900cc engine producing 105hp, and is capable of 0-60mph in less than three second with a top speed of 160mph. It was built from scratch and features a scratch built 900cc, transverse, double overhead camshaft, four cylinder, eight valve unit with magnesium and alloy casings, driven through a five speed gearbox. The two double curvature megaphone exhausts are too beautiful to merely funnel exhaust gasses from engine to atmosphere. The noise of this bike is like a Messerschmitt chasing a Spitfire,said David Kay. Bonhams auction takes place in Stafford on April 29. A spokesperson from Bonhams said: This bike is in immaculate condition. This work of art is one of many headline bikes we have on sale this year. I have never in all the time I’ve been working here seen such an unbelievable standard of bikes, we’ve never had this standard of auction before. [Bonhams] 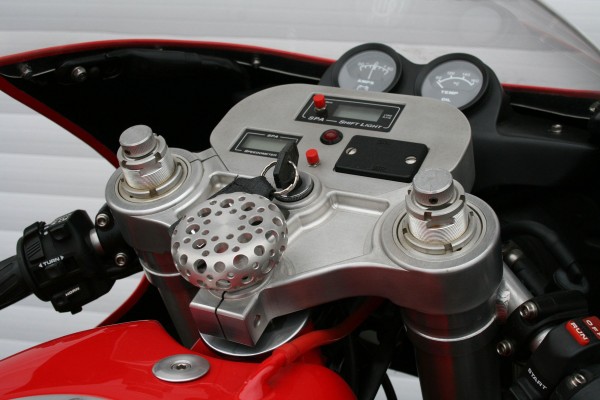 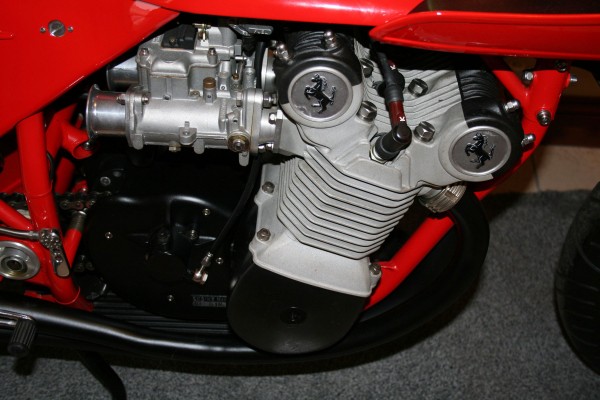