Luxury tobacco brand, Davidoff has announced reintroduction of its Puro d’Oro line of cigars. This time is a pure shift, which is called Gigantes, as the name implies, a pure large-format, with cigar’s new size and a new look. Puro d’Oro Gigantes will be released during July and August of 2012. Davidoff first has released this cigar series in April 2010, but the cigars did not display the Davidoff name and were marked only with narrow, golden foot bands bearing the particular size of each cigar. New sleek design is reflected in the attractive plait at the cigar head and the gold foot ring with Davidoff name, which sits snugly around the Yamasa wrapper leaf with its elegant sheen. Puro d ‘Oro cigar series of relatively small size, including Momentos – Petit Corona (Ring Gauge 40, Length 4 inches); Deliciosos – Corona, (RG 43, L 4 7/8″); Magnificos – Robusto, (RG 52, L 5 1/8″); Notables – Corona Gorda, (RG 46, L 5 5/8″); Sublimes – Petit Panatela, (RG 38, L 4 1/2″) and Eminentes – Large Toro, only in the US available, (RG 52, L 6″). Unlike the original six sizes released in the Puro d’Oro line, the Gigantes (a 5 1/2-inch by 56-ring robusto) is matching current market trends that lean toward larger ring gauges. Davidoff Puro d’Oro is an all-Dominican-leaf line that is stronger than the average Davidoff cigar. The dominant and sublime combination of Dominican tobaccos, that has been aged for a minimum of five years, delivers a strong, aromatic and delicious blend with hints of coffee and spices. 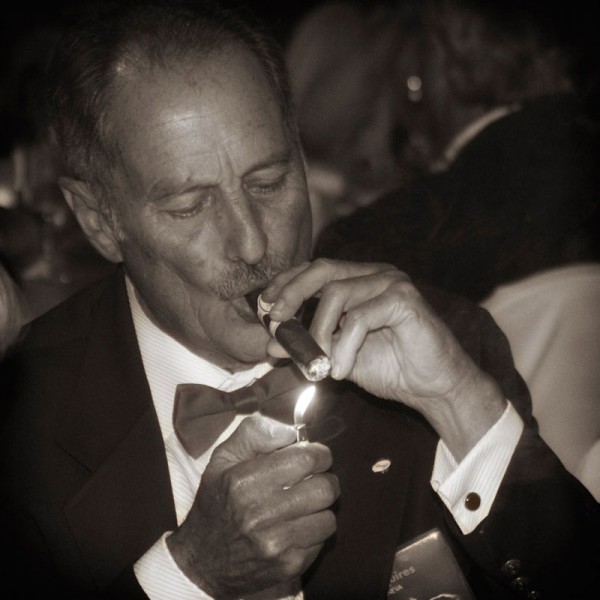