It’s been 15 years since death of Princess Diana, but interest for everything related for her is the same as when she was alive. No wonder that recently revealed photo of Princess Diana as teenager in an intimate pose with an mysterious man, caused a strorm in media. This previously unseen photo of royal which has ‘not to be published’ scrawled on it, goes under the hammer at RR Auctions of Amherst, New Hampshire, from Jan. 17 to 24. 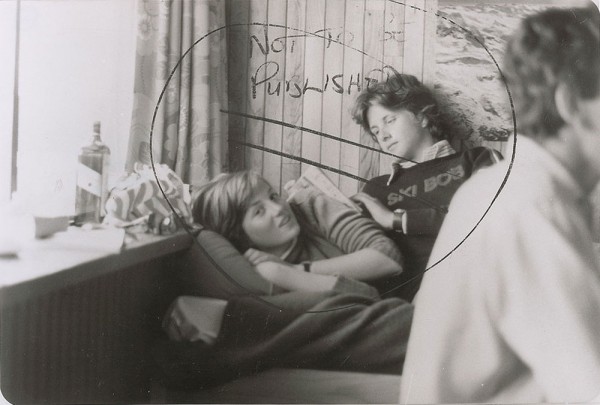 Picture of the then Lady Diana Spencer, scrawled with not to be published

Always some mystery about Princess Diana! Her death – conspiracy theories or not, still mystery. Seemed that the man on the photo was also mystery, since the Daily Mail even published a phone number for people who recognized him. Whether it yielded results, yet the identitet of mysterious man is revealed. That was aristocrat Adam Russell. He is great-grandson of former Tory prime minister Stanley Baldwin. This has now been confirmed by royal reporter and Diana biographer Andrew Morton, who says that Adam was in love with Diana, but he didn’t have a chance – who can compete with the Princ of Wales? “The young man was Adam Russell, the great-grandson of former prime minister Stanley Baldwin, and now a deer farmer in Dorset,” Morton told the Guardian newspaper. According to Morton, both Diana and Russell were “injured during the skiing holiday … They kept each other company while the others went skiing and, at the end of the holiday, Adam was somewhat smitten. But absolutely nothing happened.” The black and white photograph is believed to have been taken on a Swiss ski holiday around 1979 or 1980, where Princess Diana lying in a bed with Adam Russell behind her, who rests his book on her shoulder. A bottle of Johnnie Walker Whisky is seen behind her head, on the window sill. A grease pencil caption, “Not to be published” is also seen on the photo. The identity of the photographer is not known but the picture was sold to the former British Newspaper, Daily Mirror on February 26, 1981, two days after Diana’s engagement to the Prince of Wales was announced. The picture remained in the paper’s archives until it was sold to the current owner, Caren Archive, seven years ago. The 8×10 inch photograph would normally sell for around $1,220, but because it has the ‘not for publication’ note on the top, the auctioneers expect it to fetch significantly more.
If you like you can check latest Other Stuff photos