The romance between Napoleon and Josephine has proved as very interesting for one bidder at recently hold auction in Fontainebleau, south of Paris. Osenat auction house sold the engagement ring which Bonaparte gave Josephine for an amazing sum of €730,000 ($939,000). The ring which is a very ordinary one, since Napoleon had very little money at that time is more than 60 times exceeded an estimated price of €12,000 ($16,000). The ring decorated with two pear-shaped gems, a blue sapphire and diamond, which face opposite directions came from the collection of Emperor Napoleon III (a nephew of Napoleon Bonaparte) and his wife Eugenie. 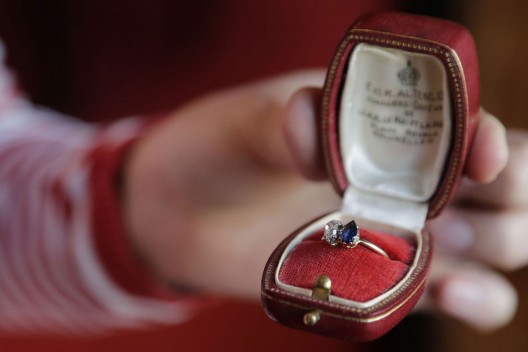 The love story between the most powerful man in the world and the woman who conquered his heart decides the course of Western civilization: Napoleon was a revolutionary soldier when he met Josephine de Beauharnais, an older woman with two children and his family fiercely opposed to that relationship. Engaged for a mere two weeks before they married on 9 March, 1796, Napoleon left the country two days later to lead the French army to their victorious invasion of Italy. Josephine did not bear Napoleon any children; as a result, he divorced her in 1810 to marry Marie Louise of Austria. Even after their separation, Napoleon insisted Josephine retain the title of Empress. “It is my will that she retain the rank and title of Empress, and especially that she never doubt my sentiments, and that she ever hold me as her best and dearest friend.” Despite Napoleon’s numerous affairs, eventual divorce, and remarriage, his last words on his death bed at St. Helena were: “France, the Army, the Head of the Army, Joséphine.” 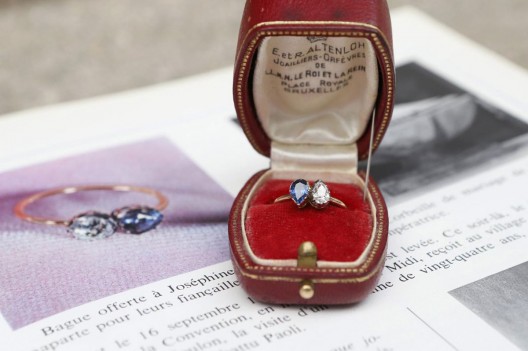 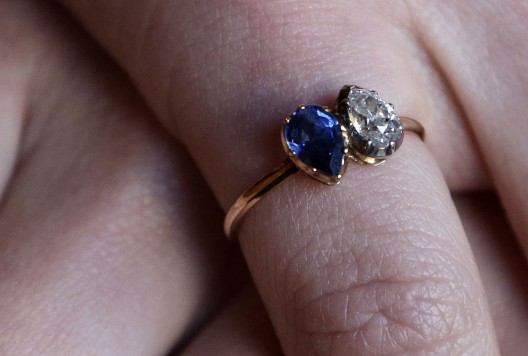 The diamond and sapphire engagement ring may be simple, but its provenance is outstanding as it was the ring that the French general and emperor Napoleon gave to his beloved Josephine for their engagement 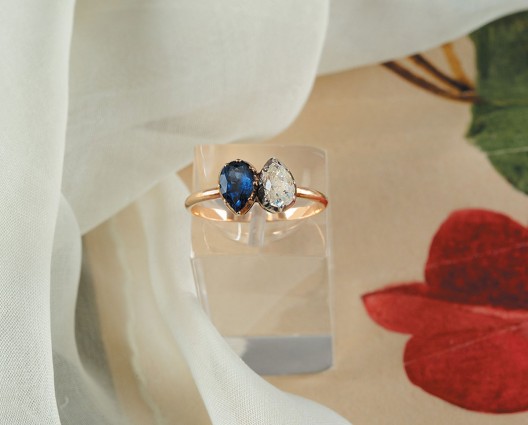 The engagement ring, a simple gold band decorated with a sapphire and diamond, offered by Napoleon Bonaparte to the future Empress Josephine de Beauharnais