On May 14, at 1334 York Ave. at 72nd Street, Sotheby’s New York auction house will present Jackson Pollock’s 1946 painting The Blue Unconscious on Contemporary Art Evening Sale. The monumental canvas (84 x 56 in., 213.4 x 142.1 cm.) was painted in the critical year of 1946 as part of Pollock’s Sounds in the Grass series that featured several paintings completed at his studio in East Hampton where Pollack had just moved to with his wife and fellow artist Lee Krasner. 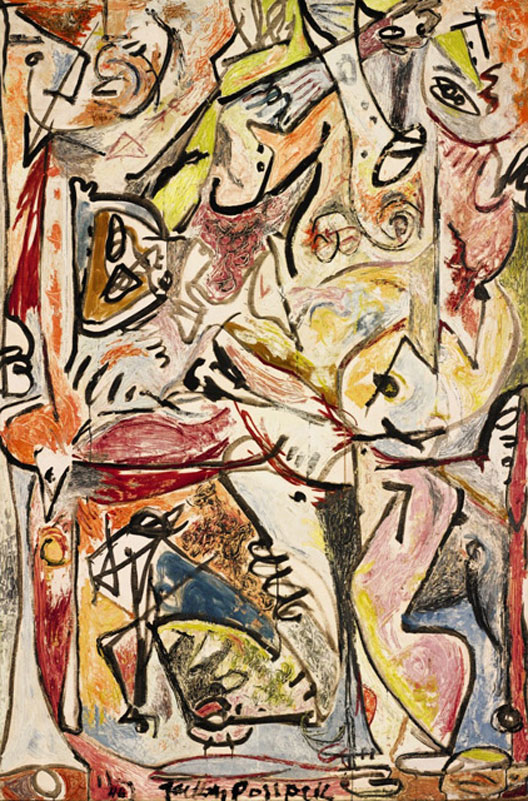 The Blue Unconscious by Jackson Pollock

This work gives us that Pollockian essence of his genius within his nervous, searching lines, defining shapes and also searching for its own ambivalent ambient. The Blue Unconscious is an exploration of the surface of annotations in art, complete with charismatic coils and scribbles, as well as straight, arrow like vector lines which reflect a telling mutation of subtle colour zones. Pollockian strokes of ink seem to be delicately stippled with tiny points of ochre to create orchestrations of distortion. The canvas has remained in the same private collection for nearly 50 years having last appeared on the market in a 1965 auction at Parke-Bernet. The appearance of the work on the market comes just months after Sotheby’s set a new Pollock auction record with Number 4, 1951 which sold for $40,402,500 in November 2012. The Blue Unconscious s estimated to bring $20/30 million and will be shown in Sotheby’s Los Angeles galleries from 22-24 March 2013 ahead of exhibitions in London and New York prior to the May auction.
If you like you can check latest Other Stuff photos