Mercedes-Benz has released the first official photos and technical details of the compact Crossover GLA. The car is based on the new A-class introduced as a concept version, and will debut at the Shanghai Motor Show on 21 April. After camouflaged prototypes Mercedes unveiled GLA in all its glory. First impressions are that the future rival of the BMW X1 and Audi Q3 looks very powerful and impressive. Although the German manufacturer insists that it is a concept, there is no doubt that the future production model is going to be very slightly different from the vehicles that we see in these photos. 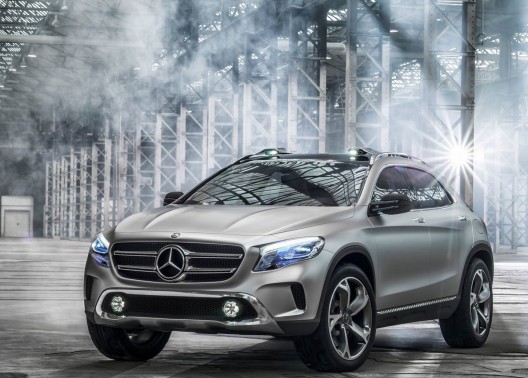 The GLA retains only the basic stylistic features of the platform of the hatchback. In addition to increased distance from the ground GLA has large 20 inch alloy wheels. Mercedes is raised front part of the more pronounced grille and reshaped hood. Two parallel lines on the door crossover resemble more to CLA than the A class. The lower parts of the vehicle on its front and rear as well as side skirts are covered with massive shielding. These elements are most prominent in the back where the supplement for body protection extends almost to the bottom edge of the tailgate and includes two large trapeziodne exhaust. On the roof are discreetly integrated roof bars in which are mounted two LED lights. The interior of Mercedes crossover resembles the A class, and in the cabin dominate materials from brown leather. Mercedes GLA is 4.38 m long, 1.97 m wide and 1.57 m high, which makes it slightly larger than an A-class, while the wheelbase of 2.69m is identical to the hatchback. Crossover is equipped with a 2.0-liter turbo-petrol engine borrowed from the model A250, which develops 211 hp. The engine that sends power to all four wheels via 4MATIC system is connected to seven-speed automatic transmission with double clutch. Future production models will have other petrol or diesel power units. About AMG version for now is just speculates, but if it comes to it, it’s probably be a 2.0-liter four-cylinder turbo gasoline engine with 360 hp from A45 AMG and AMG CLA45. According to available information, we will not wait long for the production version. 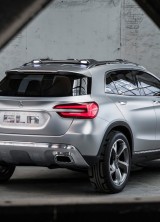 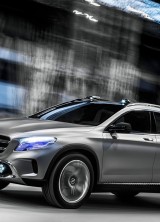 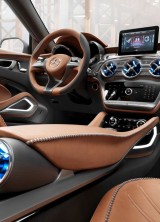 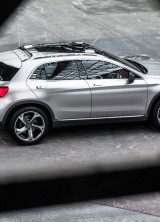 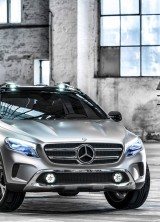 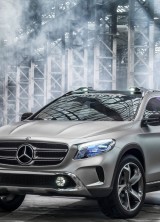 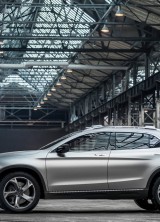 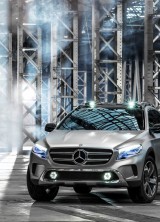 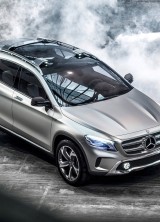 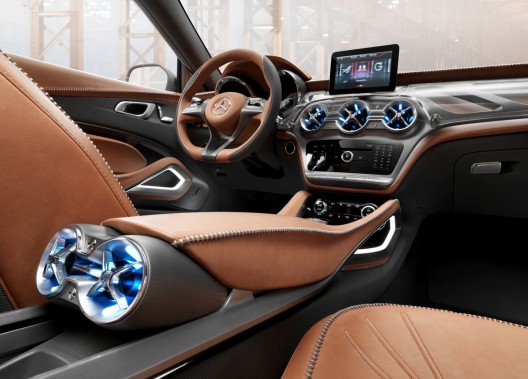