Benjamin Lauder, Ben Nicholson, was a British painter of abstract compositions, landscape and still-life. His painting, critically-acclaimed Oct 61 (Mycenae-axe-blue), was sold at Sotheby’s London’s Modern & Post-War British Art Evening Sale for $1,635,261. This is the first time the piece has appeared at auction, having been purchased in New York in 1966 by industrialist Joseph Irwin Miller, who donated it to the Christian Theological Seminary in Indianapolis.

Frances Christie, Head of Sotheby’s Modern & Post-War British Art Department, said: “Sotheby’s is privileged to have brought this outstanding work to sale, which represents one of the most important works by Ben Nicholson ever to appear on market. Our exhibition this week presented the work to the public for the first time in Britain since 1964, and the price achieved for the work in tonight’s auction undoubtedly reflects the global recognition for one of Britain’s most esteemed artists.” Profits from the sale will now benefit the organisation’s programmes relating to religion and the arts. Some of Nicholson’s works can be seen at the Tate Gallery, Tate St Ives, Kettle’s Yard Art Gallery in Cambridge, and The Hepworth Wakefield. 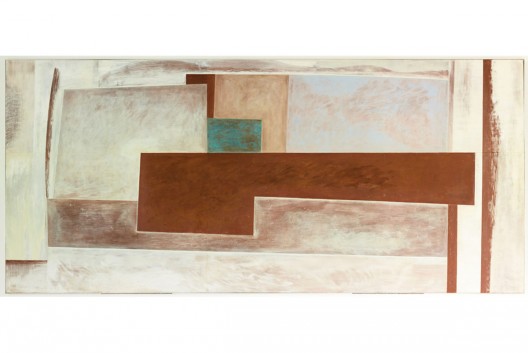