Speake-Marin last month has introduced a limited Triad model. 88 copies will be produced in an unusual case made of steel and 18k rose gold, 43mm in diameter and 13mm thick. A striking detail on this unusual hour, are three pairs of blue hour and minute hands that rotate simultaneously, while displaying the same time. Dials dominate the set of gears that drive the hands and hour markers inscribed with four roman numerals. At the position 6h is written, in gold letters, the name of the model. 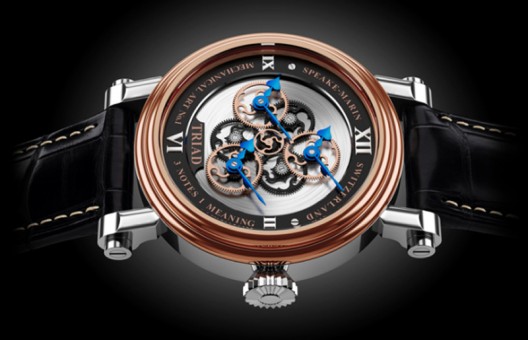 On the back of the case is manufacturer’s logo and slightly stylized inscription The Piccadilly. Through the transparent cover, attention is drawn to a rotor, also blue, already inherent in this less well-known manufacturer. The watch runs automatically in-house Eros 2 mechanism with 35 jewels, diameter of 30.40 mm and 4.35 mm thick. Power reserve is 120 hours, and the mechanism achieves 28,800 V / h. Water resistance is 30m, while the bracelet is made ​​of black crocodile leather. 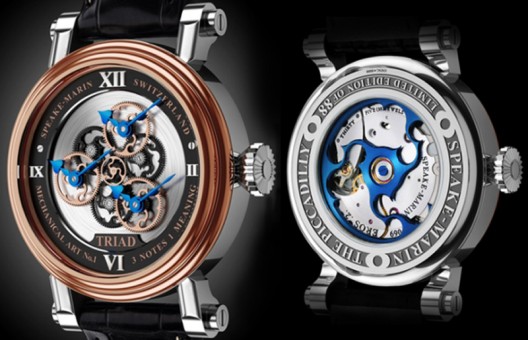 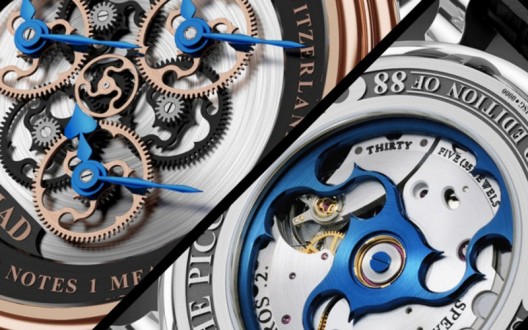