Here we are again with some news about world famous Versace Mansion. According to some sources, after being sold for $41.5 million at bankruptcy auction in September last year, magnificent Casa Caurina is now transformed into what else than luxury hotel. Set to open by the end of this month, the 1930s-era Mediterranean-style estate, has reopened with a new food offering. Beside food, guests will enjoy in one of 10 luxury suites, one of which will be the slain fashion designer’s bedroom. Maybe more attractive is swimming in a 54 foot long Thousand Mosaic pool inlaid with 24-karat gold designed specially by Gianni Versace. 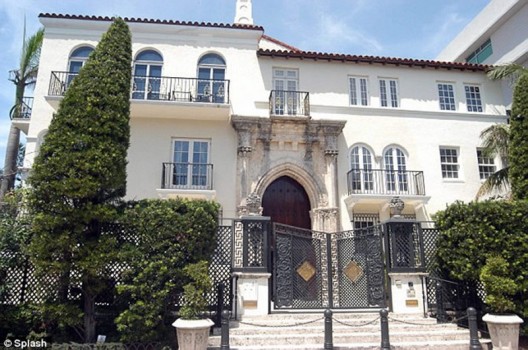 According to the website, the Villa by Barton G. who reopened the villa and transformed it into a boutique hotel, this magnificent place “where Old World elegance is infused with New World style.” Some interesting facts about Versace Mansion: Versace bought the 1930s Casa Casuarina (AKA the Amsterdam Palace) in 1992 for $2.9 million as well as an art deco hotel, The Revere, next door for $4 million. Versace spent $33 million in renovations, then threw some fabulous parties. Two years after Versace’s murder, the mansion was purchased for $19 million unfurnished. New owner Peter Loftin also bought some of Versace’s large furniture and headboards that the family auctioned off after his death; they remain in the house. Originally listed at $125 million, the house is sold for $41,5 million to Joe Nakash, whose family owns the Jordache denim brand. 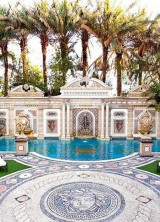 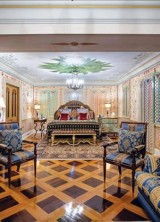 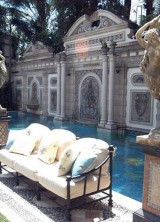 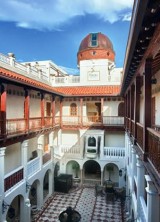 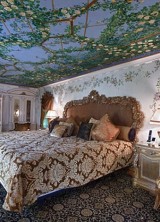 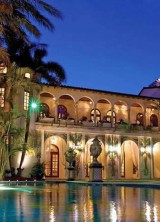