So far we have seen various designs of cars. Some were successful and some complete failures. Steve Braithwaite (54), the Briton who now lives in the US state of Indiana, spent $25,000 to become the owner of the unique vehicles, car in the form of a huge banana. Originally, he planned to invest in the car $10,000, but even though the budget is far exceeded, he thinks that his vehicle worth every penny. 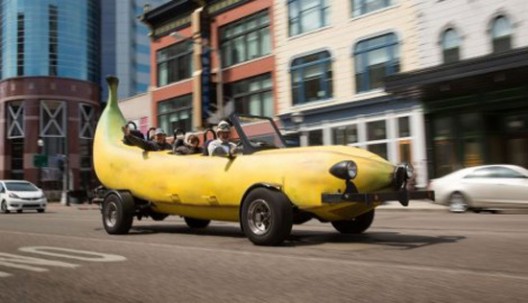 This Banana Car used to be a 1993 Ford F-150 Pick up truck and is still 4 wheel drive. Now for him and his bananamobil, all turn their heads and the vehicle has became a hit at shows and children’s birthdays. 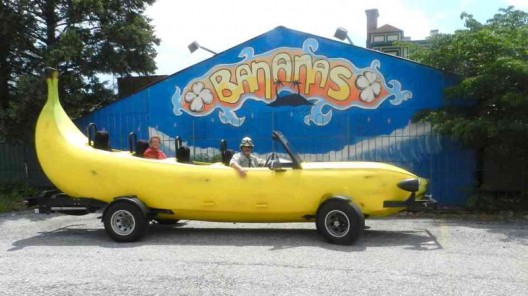