The manuscript of one of the most famous rock and roll songs in history, “Like a Rolling Stone” by Bob Dylan will be offered at auction in June in New York, where auction house Sotheby’s is expected to fetch from the sale from $1Million – $2Million. The song was written in 1965, and is considered to be one of the most influential Dylan’s songs he wrote during his incredible career. The magazine “Rolling Stone” ranked the song among the “500 greatest songs of all time”. 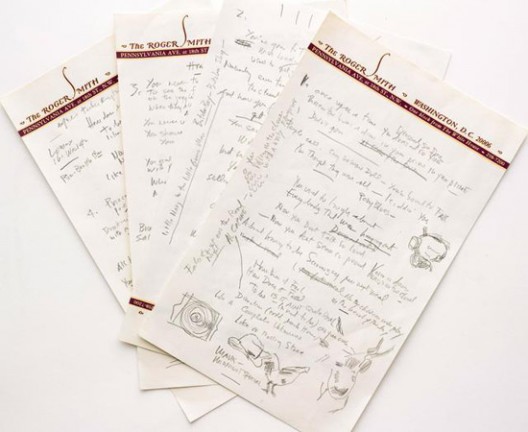 In Sotheby’s are hoping that for a manuscript can get $2Million and possibly break the record, which currently keeps the John Lennon’s song “A Day in the Life”, which was sold in 2010 for $1.2Million. Two pages of “A Hard Rain’s a- Gonna Fall” will also be able to be purchased during the auction at Sotheby’s. For this, the expected price is $400,000 – $600,000. At the auction will also be offered, the Joni Mitchell song “Big Yellow Taxi”, and the guitars of John Lennon and Eric Clapton, and Jimi Hendrix contract signed in 1965 for the performances for which he received one dollar. 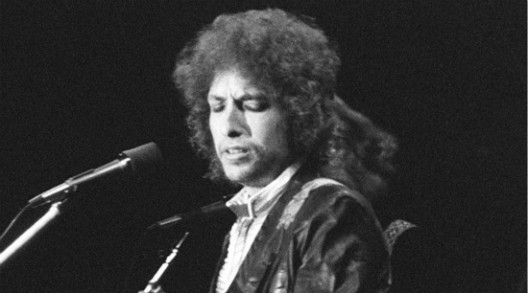 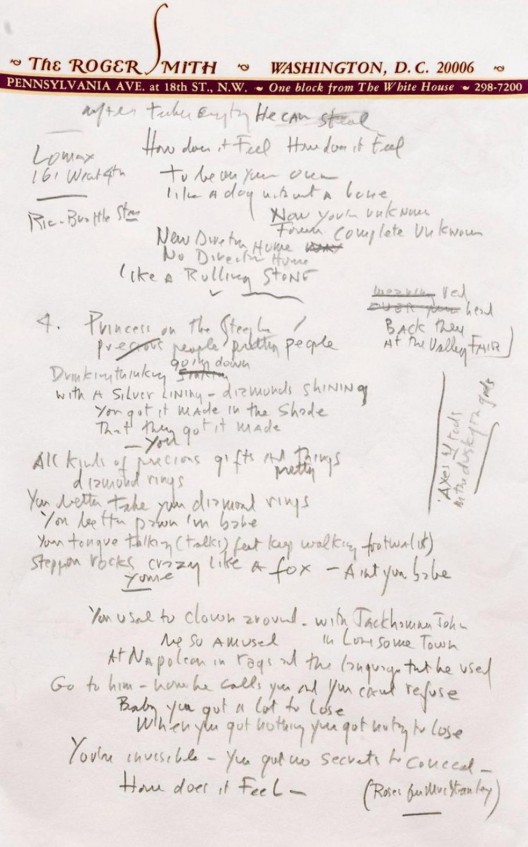