One of the most famous properties in Los Angeles property in recent years – the staggering Spelling Manor will obviously change the owner again. the city’s largest private residence in the chic Holmby Hills neighborhood, was custom built in the late 1980s by and for late television titan Aaron Spelling, but is currently owned by 27-year-old Petra Ecclestone Stunt who bought it from Mister Spelling’s widow, Candy Spelling, in 2011 for $85 million. Now, British Formula One racing heiress is relisting this giant French chateau, but this time for $200 million.

The approximately 56,500-square-foot mansion on 4.7 landscaped acres has six en suite family/guest bedrooms plus an owner’s complex that at about 7,000-square-feet plus a service wing with five staff bedrooms and two butler’s suites. . There is a two-lane bowling alley, a wine cellar and tasting room, catering kitchen, gym and a beauty salon with massage and tanning rooms. There are, according to listing details, an almost unbelievable 27 bathrooms on the property. 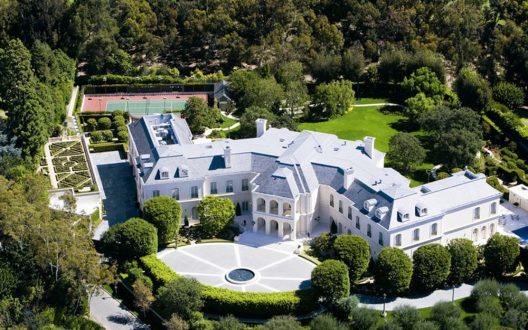 Outside there is a swimming pool, tennis court, formal gardens and a circular motor court with a fountain and space to park 100 cars, as well asa covered parking for at least 16 cars. According to some sources Petra Ecclestone Stunt and her husband, art collector and businessman James Stunt, want to sell “The Manor” because their trio of toddler-age children attend school in London and, hence, they simply don’t spend a lot of time in Los Angeles. 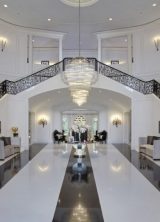 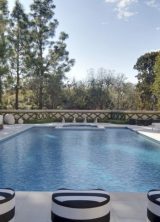 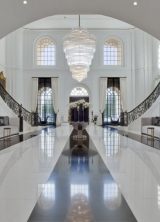