South Korea’s Kia, for the 2014 SEMA show in Las Vegas (from 4th to 7th November), announced a new version of the Soul, but not in terms of a sporty car, but for making and selling ice cream. It is Smitten Ice Cream Soul EV concept vehicle that is based on Soul with an electric motor. The most notable is the red-white exterior which comes with labels Smitten Ice Cream Company of San Francisco, retro-inspired wheels, speaker mounted on the roof and a small trailer.

The vehicle also has an interior made​​-to-measure the appropriate exterior. As previously announced, EV Kia Soul has a Li-Ion battery of 27kWh, which powers an electric motor that develops 109Hp and 284Nm of torque. This allows the vehicle to accelerate from 0 to 60 in less than 12 seconds. 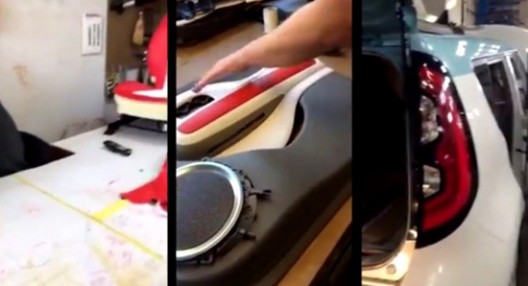