Patek Philippe gold pocket watch manufactured in the 1930s was sold for a record $21.3 million (CHF20.5 million) at a Sotheby’s jewel and watch auction in Geneva on Tuesday, becoming the most expensive watch ever sold. It had been expected to sell for US$15 million, but frenzied bidding pushed the price up higher, and the final amount paid was “a new world record“, Sotheby’s said. 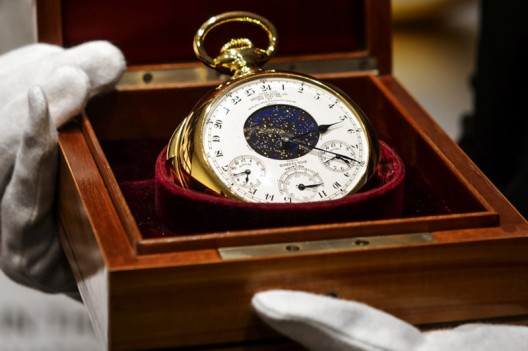 Including commission, the anonymous buyer will have to part with $24 million, to gain possession of the timepiece. The watch was put up for sale by an anonymous seller who had purchased it in 1999 for $11 million. The “Henry Graves Supercomplication” is a handcrafted timepiece named after its original owner, enry Graves Jr., a New York banker who ordered it in 1925. It weighs more than half a kilo, and comprises a total of 920 individual parts and 24 complications. 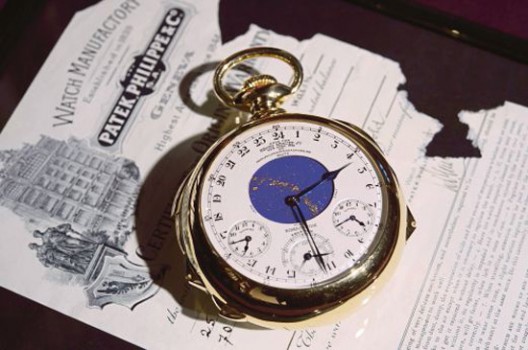 It took Patek Philippe five years to assemble the watch, which has Graves’s name on the dial. In addittion to the time and a perpetual calendar, the Supercomplication possesses some unusual and bespoke complications like the phases of the moon, sidereal time, the sunrise and sunset time indicators for New York and the night sky over Central Park in Manhattan. 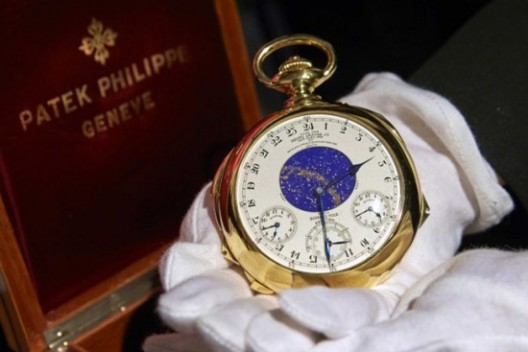 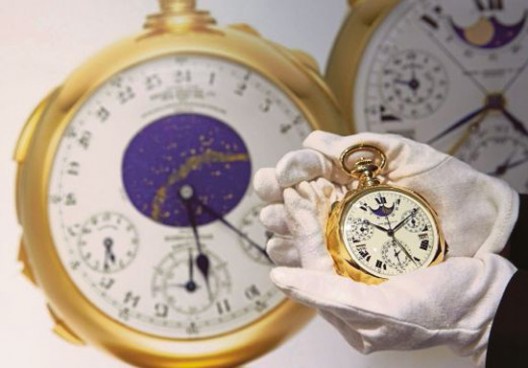 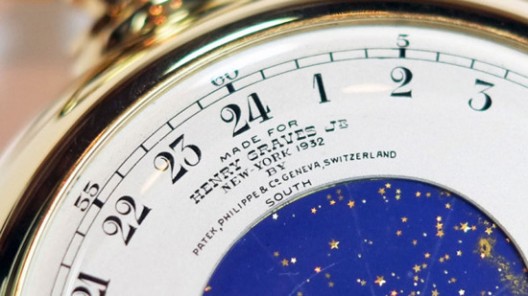