Maldives are home of the world’s first and only all glass undersea restaurant. It was opened in 2005 as Ithaa by Conrad Maldives Ranagli Island. Now, this tropical nation in the Indian Ocean composed of 26 coral atolls, which are made up of hundreds of islands adds another luxury and unique ambience to its tourist offer. Again, it’s underwater restaurant but this time world’s largest. While most underwater restaurants can only accommodate about a dozen people at a time, Hurawalhi Island Resort’s new dining room will be able to seat 30 when it opens in August 2016.

The world’s largest underwater restaurant has been brought to Maldives by a specialist ship from New Zealand. The restaurant consists of a steel structure with a transparent, acrylic dome that will allow diners to see marine life passing by. It will sit near a shallow coral reef on the Lhaviyani Atoll, although shipping company Jumbo claims that they carefully planned the installation to avoid impacting the surrounding environment. Designed by MJ Murphy, the 410-tonne restaurant which measures 22.5 meters in length was built within 10 months by Fitzroy Engineering of New Zealand. 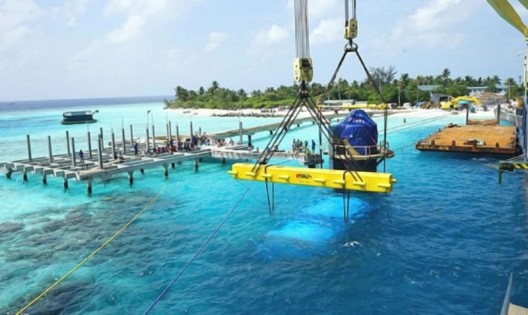 Diners will be able to access the restaurant from a hut above the water, which connects to the restaurant via a 13-meter (43-foot) spiral staircase. Since there’s little room for a kitchen, the food is actually prepared onshore and shipped over through a specially-designed dumbwaiter, so the venue can be customized to hold wedding receptions or converted to an underwater honeymoon suite. 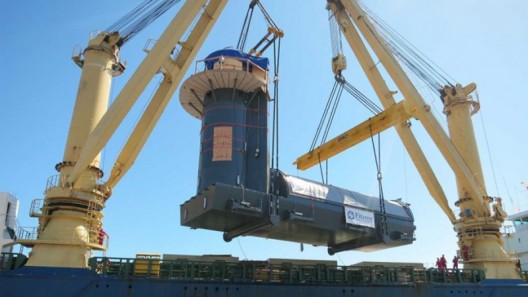 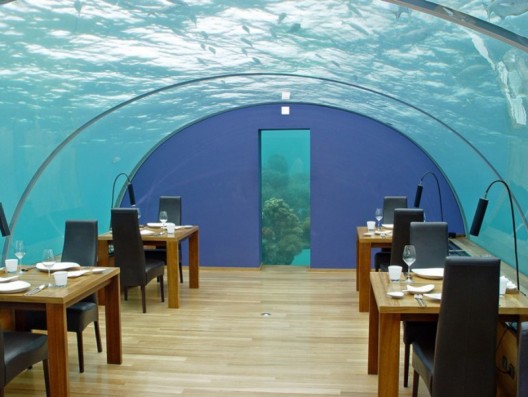