Sarah Louise Bryan worked as a beautician, but she was not very satisfied. She did not have enough to pay rent and with her two children moved to live with friends. But everything changed when she dreamed an idea to create a unique item of clothing – a dress made from Skittles Candy. Although most people would probably turned over and went back to sleep, Sarah after this dream immediately jumped out of bed and began to search the Internet to see whether there is already such a dress. 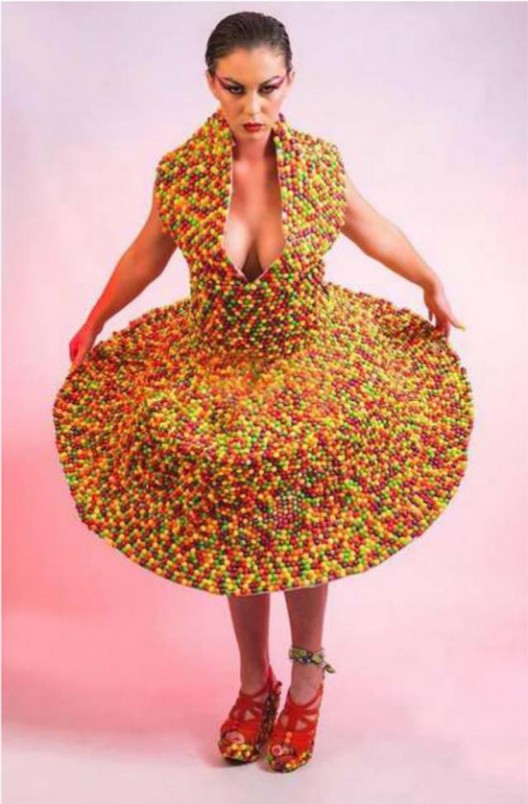 When she was convinced that there is no such dress, she immediately got down to work. Every day she worked for nearly six hours, and when she was finally finished a dress, her photo spread the Internet and became a viral hit. 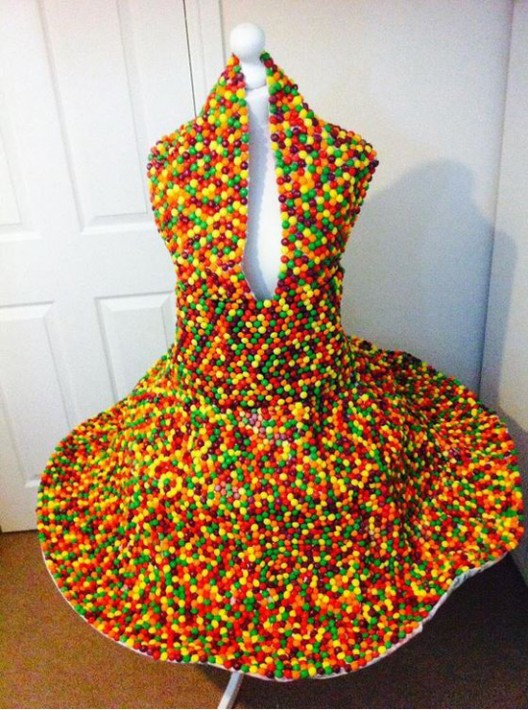 She was needed 145 bags of Skittles or 3,000 candy, and 90 tubes of glue. All that would remain just another internet hit on social networks, but Ripleys design house, that supplies clothes to celebrities including Kim Kardashian, saw the dress and become very interested in cooperation. Now Sarah Has its own collection of dresses named after her. 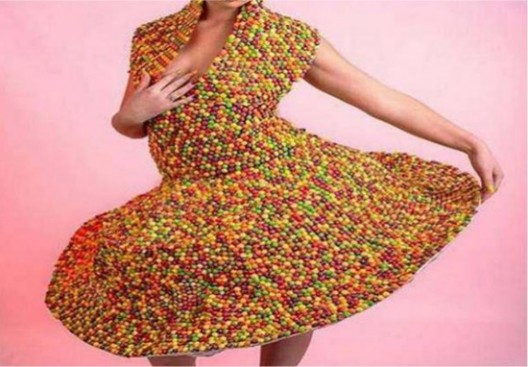