We are always seeking out new and unique experiences in some destinations. The best way is a round-the-world. Crystal AirCruises introduces a boutique collection of 15- to 29-day all-inclusive journeys around the world by private jet aboard, scheduled for August next year. The first, 27-day inaugural itinerary in partnership with The Peninsula Hotels is now on sale. The Peninsula Grand Inaugural Crystal AirCruise August 31 – September 26 (27 days) will cost you $159,000. On a journey to ten of the world’s most exciting cities, enjoy a selection of unique, curated Crystal experiences and bespoke programs by The Peninsula Academy that reveal their very essence – historical, cultural, and lifestyle – while luxuriating in the warm hospitality of The Peninsula Hotels. Destinations are New York City, Chicago, Los Angeles, Tokyo, Beijing, Shanghai, Hong Kong, Manila, Bangkok and Paris. 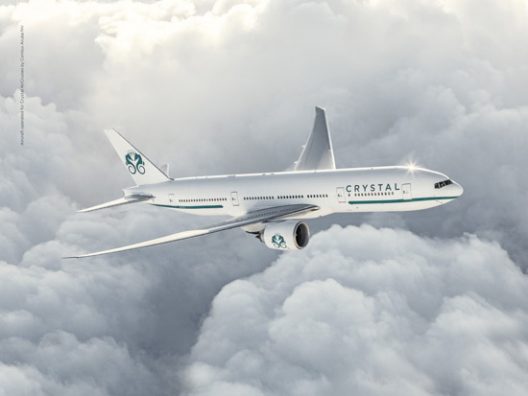 Crystal owns the 777, and brings a new dynamic in that it is a widebody plane, and it will include several lounge and dining areas, and an extensive wine cellar in the sky, as well as seats that convert to fully flat beds as others have. Edie Rodriguez, President and CEO of Crystal predicts the debut will be fully sold. She points to her cruise line’s recently completed 32-day Northwest Passage cruise that sold out to its past customers within hours of putting it on sale. That success spurred the line to do it again, and she believes this first trip with Peninsula may be the start of future collaborations. Simon Yip, Peninsula’s head of sales said they will be marketing the journey to their customers as well. In the case of this trip, four of the 84 seats on the 777 won’t be sold but will be used by Peninsula executives and concierges who will rotate on each leg. For example, flying from Los Angeles to Tokyo, executives from the Japanese locale will be aboard to help passengers customize their trips. In each destination, there will be four different tracks of sightseeing aligned along adventure, personal connections to locals, cultural discoveries and gastronomy. On the launch voyage, there are 91 different experiences that can be combined in 331 different ways. All are included in the price, however, for those of you who want to do your own thing, there is the ability to have something completely bespoke at an additional cost. That means that while there are 80 people traveling together, most of the time they will be split into small groups of 8-12, although there will also be events and evenings where most guests will likely attend, such as a private dinner at the Great Wall during the Beijing stop. For the Peninsula journey, the company’s IT folks have designed an electronic key that will work at all of its hotels, such guests won’t have to check in at every stop, but will go right to their hotel rooms. Crystal also released the second round-the-world trip, this departing Oct. 21 from Los Angeles and visiting Easter Island, Uluru, Ho Chi Minh City, Lhasa, Jaipur, Mauritius, Victoria Falls and Prague. 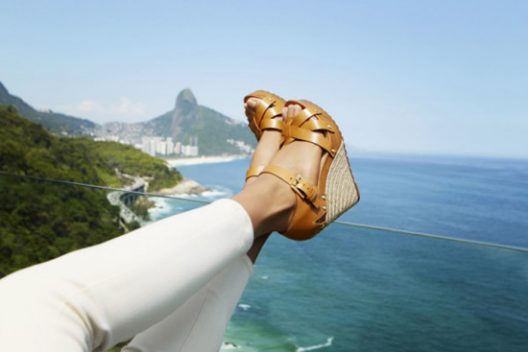