Roger Dubuis joined forces with the sole sponsor of Formula 1 on new timepiece created in a limited series of just eight pieces. The Roger Dubuis Excalibur Spider Pirelli Double Flying Tourbillon made its debut at SIHH 2017. The 47mm titanium case with black DLC-coating Excalibur Spider Pirelli with a double flying tourbillon is housed in a robust 47mm-diameter black DLC titanium skeleton case, with amazing vulcanized blue rubber accents made of rubber from Pirelli tires used in actual races. The same material is also used for the sporty rubber bracelets. 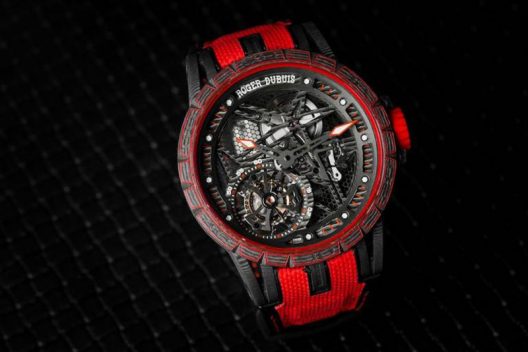 It features a new RD105SQ hand-wound calibre. All 8 owners will also be treated to an exclusive 2-day VIP program by Pirelli. Another product of the collaboration, available anymore is Excalibur Spider Pirelli Automatic Skeleton which is limited to 88 pieces. The Roger Dubuis Excalibur Spider Pirelli is a 45mm timepiece with a skeleton case and movement. It share the same design (made of black DLC titanium combined with blue accents) as its more luxurous brother Double Flying Tourillon. 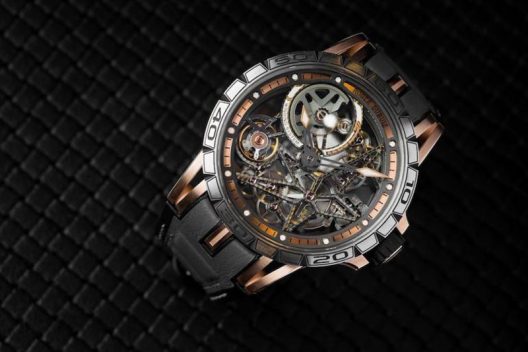 The movement inside is their in-house developed calibre RD820SQ. A movement that Roger Dubuis introduced in 2015 already, consisting of 167 parts and meets the requirements of the “Poinçon de Genève” certification. Unique about this watch is that despite its high-tech look, and incredibly refined skeleton movement, it still meets all the demands to carry the Geneva Seal. This ensures that the finish of the watch meets one of the most stringent requirements in the industry. 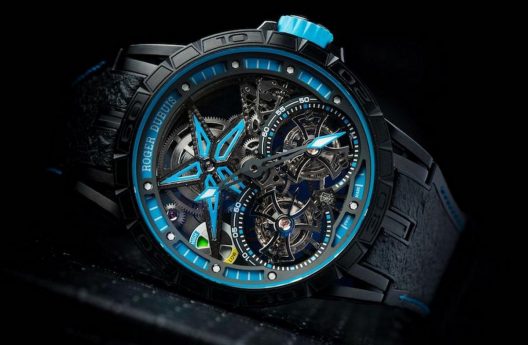