An orrery is a mechanical model of the solar system that illustrates or predicts the relative positions and motions of the planets and moons, usually according to the heliocentric model. Though the Greeks had working planetaria, the first orrery that was a planetarium of the modern era was produced in 1704, and one was presented to Charles Boyle, 4th Earl of Orrery – whence came the name. GRAHAM presents the highest level of innovation in watchmaking with his Orrery wrist machine. 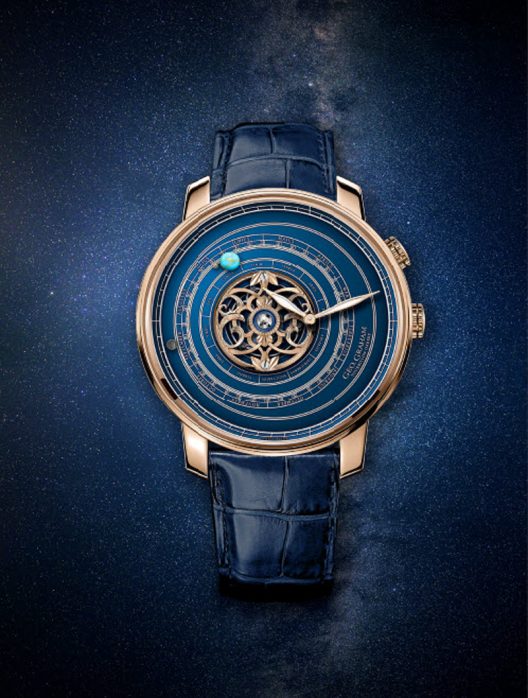 The watch was originally introduced in 2013, had an extremely complicated movement produced for Graham by Christophe Claret and was said to be a limited edition of only 20 pieces. For 2017, the Orrery is back with some aesthetic tweaks as well as a nomenclature refinement, now being called the “Graham Geo.Graham Orrery Tourbillon.” The case, in 18kt rose gold, measures 48mm x 17.6mm. It has an AR-coated domed sapphire crystal, a sapphire display back with 100-year scale. Moon and Mars correction indicators and serial number hand-engraved. 18kt rose gold right hand control crowns (planets’ crown at 2 o’clock which also enables to set the calendar, manual winding and time crown at 3 o’clock). Moon corrector at 4 o’clock. Mars corrector at 10 o’clock. It is water resistant to 50 meters. Movement is the Swiss manual-wind caliber G1800 created exclusively for Graham by Manufacture Christophe Claret, with 35 jewels, 21,600 vph and a power reserve of 3 days. Functions are: hours and minutes. Tourbillon, mechanical solar system model with 100 years calendar (two additional graduations of 100 years 300 years in total). Year counter on the caseback with planet correction indicators. (Moon: 7 years, Earth: 1156 years, Mars: 25 years). 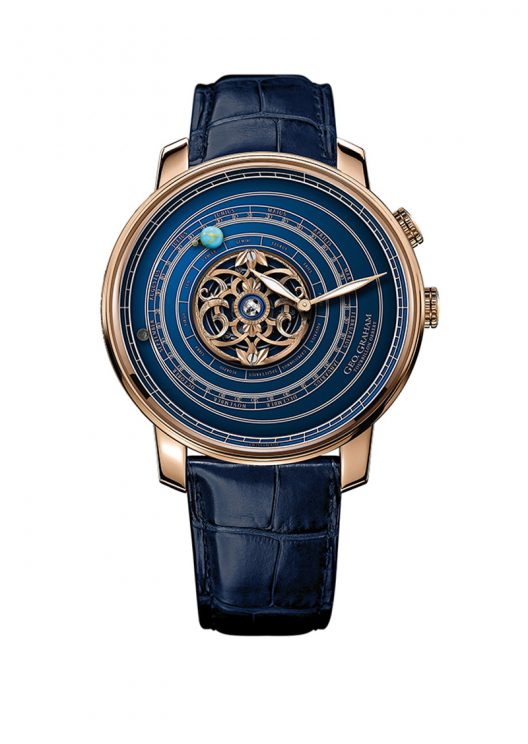 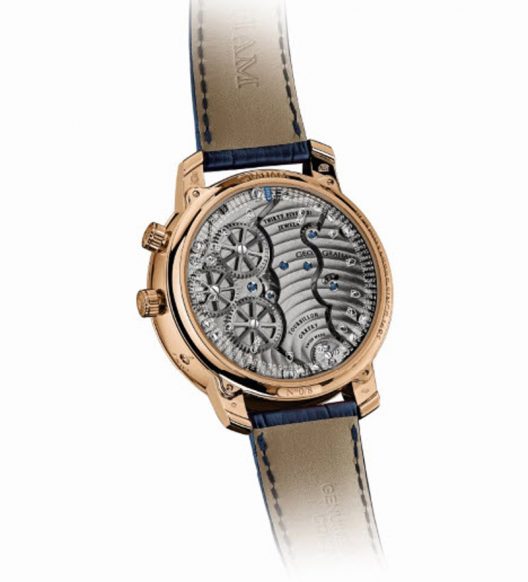