A family-run bakery “LeNovelle Cake” in Jakarta, the Indonesian capital, specializes in lavish wedding cake and how many say, they make by far the most complex and most luxurious wedding cake in the world. In fact, one of their most famous cake is made in the shape of the cathedral, and there are those in the form of a castle. These cakes are so detailed that they have done absolutely everything; from the pillars, balconies and up to a whopping roofs. In fact, this bakery can even the most demanding architectural design to translate into a wedding cake. 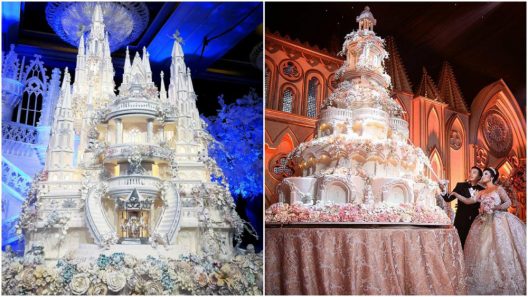 Although opened in 1993, this confectionery has become known around the world. They started modestly, making cakes for family and friends, but since 2004, recorded a constant growth and then created “LeNovelle Cake” brand. Their designs have been getting more complex every year, and today they can have up to 24 people working 12 hours a day for over a month to complete just one of their sugar-coated masterpieces. “We take on several projects at a time but three weeks to one month is what we average on when making our large cakes,” Tiffany Riyadi, whose parents run LeNovelle Cake, told Daily Mail. “We love putting in personal touches that show our clients their cake is truly made for them and is all about them.” 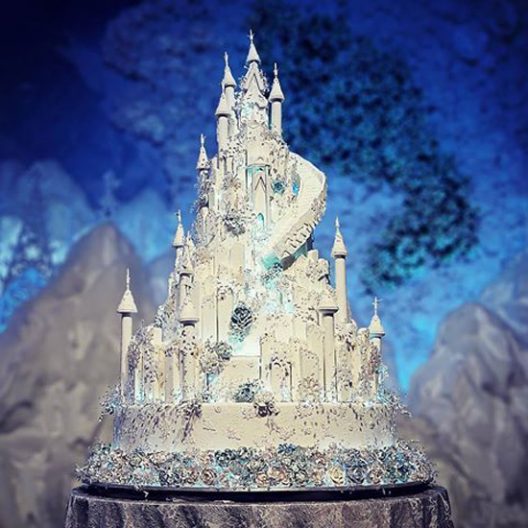 According to Tiffany, pictures, as amazing as they look, “do not show the true scale and enormity of the cake themselves.” The largest of them measure around 7-meters-tall and can weigh dozens of pounds. They are so big that they would never fit in a normal car, or even a small van, so the company usually uses trucks to transport their cakes. “Usually we need two trucks to carry a structural cake. Otherwise they won’t fit through a normal car door. We will then have a team of staff to repair any damage during transportation, assemble the cake and sugar flowers and do the finishing touches,” Tiffany Riyadi said. “The largest of our cakes required five trucks and eight man hours to assemble.” 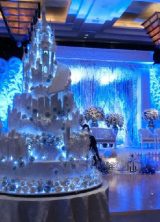 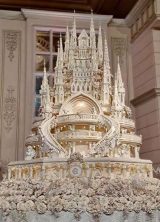