The M.A.D Gallery – short for “mechanical art devices” – is the MB&F-owned boutique that sells not only brand’s timepieces but also supports highly unusual projects. One of them is the Nixie Machine, based on technology from the 1950s. Nixie clock and tube collector Alberto Schileo originally came up with the idea for this creation when he discovered hundreds of untouched Z568M Nixie tubes in an old Soviet warehouse. Schileo then contacted German designer Frank Buchwald and the two began production on the first Nixie clock. The product was completed in 2015. 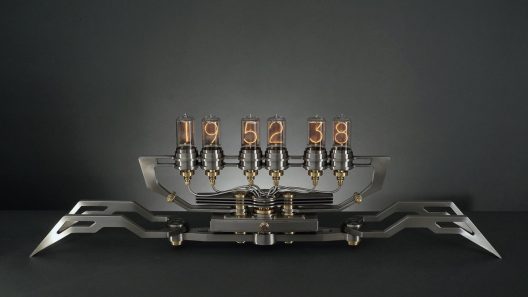 Now the Geneva M.A.D Gallery marks its fifth year with the Nixie Machine II, the second edition of the architectural Nixie tube clock created by Frank Buchwald. While the Nixie tubes behave just like the vintage ones discovered by Schileo, this time they’re entirely new, created from scratch by Czech engineer Dalibor Farny. Constructed similarly to the first Nixie Machine, but more aggressively styled, the Nixie Machine II is hand-made from burnished steel and brass, measuring an impressive 1.2m, or just under 4ft, from end to end. At the heart of the Nixie Machine II is a wi-fi enabled controller that keeps the clock connected to the internet, allowing it to display the correct time without you having to set it manually. There are lots of other settings you can control from your phone or computer, including scroll effects, day/night modes, dimming, time zones, and more. 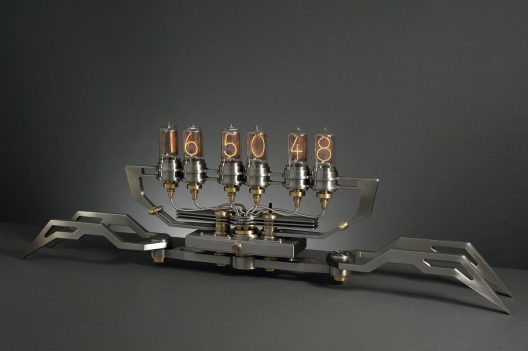 If the clock goes offline, there’s still a knob on the rear for manual setting so you don’t have to worry. Some 200 parts are required to build each clock, including six Nixie tubes – glass vials filled with neon gas, and equipped with a cathode that causes the gas to glow orange when an electrical charge is applied. The clock, which is limited to 12 pieces and costs a mere $30,000, is available in MB&F’s M.A.D. Gallery, an art gallery dedicated to wild machines. 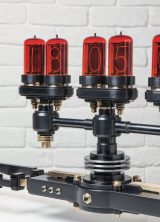 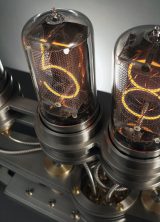 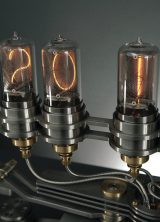