Minnewoc Mansion is a 16,000-square-foot home on the shores of Oconomowoc Lake. This beautiful mansion has been listed for $10.5 million, making it the most expensive home ever put on the market in Southeastern Wisconsin. Sprawling mansion at 35308 Pabst Road features 21 rooms, including six bedroom suites, throughout its sprawling three stories. It sits on 7.2 acres and includes 800 feet of shoreline and a private island, according to the listing. This home was build in by an industrialist, who is said to have modeled it after the English castle of one of his ancestors, Henry the Eighth’s wife, Ann Boleyn. 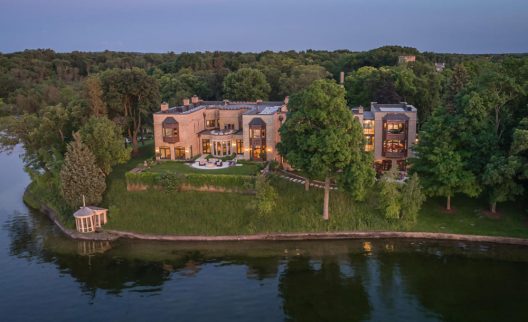 It last sold for $2.6 million in 2013; since then, the owners made major renovations and increased the size from about 10,000 square feet to about 16,000 square feet, according to Coldwell Banker Elite administrative coordinator Jeff Gramins. Those changes included the addition of 72 solar panels and “smart-home” technology, because the owners’ goal was to modernize the home “while respecting and keeping its historic integrity. Now, the home has six full bathrooms, four half-baths, two laundry rooms, a regular and catering kitchen, a library, bar, game room and theater, as well as a four-car garage and room for four more cars in a converted coal power plant. The expansive property also has a walled garden, water tower, gazebo and three-bedroom guest quarters and can be yours for $10,5 million. 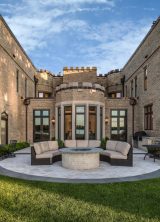 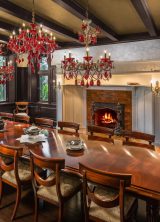 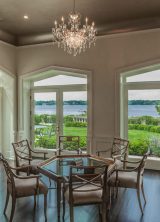 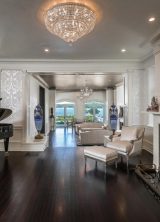 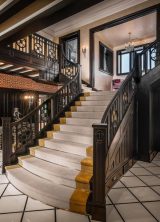 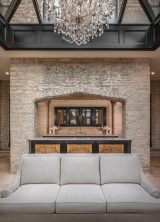