The Shelby GT 350 is a legend. Using Ford’s already incredible K-code Mustang fastback as a basis, Carroll Shelby made the “it” car of the ’60s even hotter by making his version of the Mustang faster, lighter, and even more fun to drive. In the first year of production, 562 examples were built, and these are considered to be the most pure and desirable GT 350s built in the model’s short history. With the many well-known Shelby touches, these were and are; a performance giant. 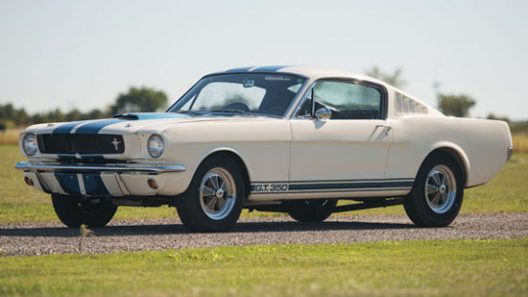 According to the SAAC Shelby Registry, chassis number SFM 5S391 was received at Shelby American on May 12, 1965 and the conversion work was instituted on June 7, 1965 with a completion date of June 14th. The Shelby was ordered on July 28, 1965 and the record shows it being shipped to Warren-Anderson Ford in Riverside, California on July 30th and invoiced $3,547, plus Cragar wheels and freight for a total of around $3,900; with Le Mans stripes being added free of charge. The GT 350 was purchased by the original owner, Weber & Cooper Leasing in Ontario, California on August 17, 1965. 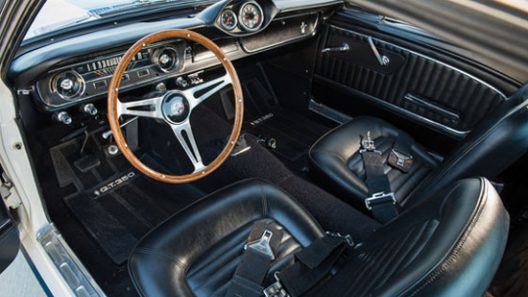 Later ownership history recounts that the Shelby was owned by a police officer named Mr. Reed of Chico, California who was forced to sell the car after being shot in the kneecap and could no longer depress the clutch pedal. It then picks up with Lynn Barnett of Santa Ana, California restoring the Shelby with a Boss 302 V-8 engine fitted with Weber carburetors, a Ford Top Loader four-speed manual transmission and leather interior that was fashioned in its original style. After further possessors and being featured in numerous magazine articles, including Popular Cars in December 1985, the Shelby was purchased by Rick Manetta of New York in 2007 after the Shelby had been dormant for approximately 14 years. 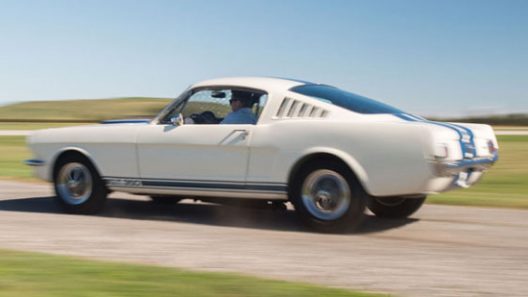 The GT 350 had the 302 Boss V-8 with Webers in it at the time of Mr. Manetta’s purchase, and the car has been restored with this powerplant onboard. The Shelby was built with humbling competition in mind; there will be no excuses, these cars will blow most machines away from point A to point B. Shelby GT 350 – Ford Total Performance the way Carroll Shelby planned. The car will be offered by Auctions America on Saturday, June 25, 2016 at its Santa Monica Collector Car auction where is expected to bring $340,000 – $380,000. 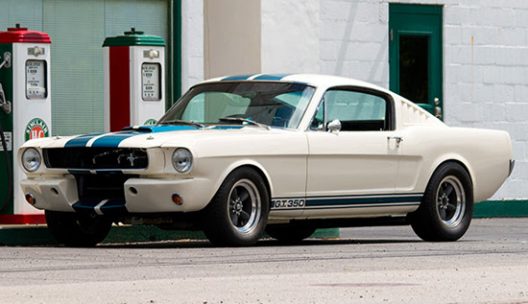