At the last year’s Paris Motor Show, Ferrari showed the LaFerrari Aperta model, whose production was limited to only 209 units. Nevertheless, the Italians subsequently made another – the 210th copy. That last copy was sold yesterday at the RM Sotheby’s auction during “Leggenda e Passione” event in Italy, while this was part of celebrating the 70th anniversary of Ferrari. The new owner paid $9,98 million for it, which is almost $3 million more than the latest LaFerrari Coupe reached in December 2016. 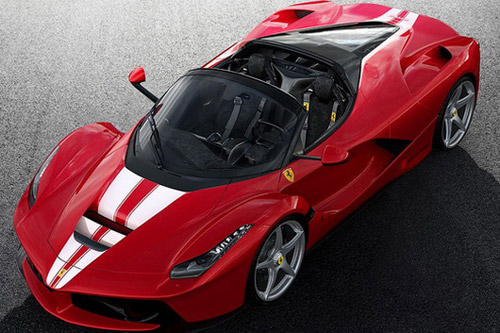 Last LaFerrari Aperta is otherwise in red with white racing stripes, and all proceeds from its sale will be donated to charity. LaFerrai Aperta is powered by the V12 petrol engine and electric motor, with the combined power of 963 hp and 900 Nm. The car accelerates from 0 to 100 km/h in less than three seconds, up to 200 km/h in less than seven seconds, up to 300 km/h takes 15 seconds and can reach up to 350 km/h. At the mentioned auction was also sold Ferrari 488 Spider “The Green Jewel” for $1,3 million (it was expected to reach the price of $ 381,000 to $ 452,000). 488 Spider “The Green Jewel” has a similar green exterior as the Ferrari 365 P2 with which the David Piper Racing Team won the Nine Hours of Kyalami race in 1965 and 1966. Also, the driver’s seat is in red leather, and the passenger’s is in black. 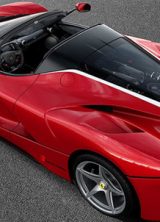 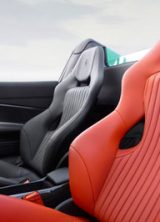 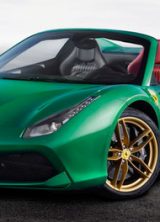