This year was really successful for luxury-focused Speyside distillery Macallan. Edrington invested £500 million, or a little over $670 million USD, in the brand of which the £140 million distillery (close to $190 million USD) is the centerpiece. Also, The Macallan 72 Years Old in Lalique debuted in the same year. Also known as the The Genesis Decanter, it is said this whisky is inspired by the new distillery itself and is the oldest single malt whisky it has ever released. But that’s not all. Now, alongside all of that comes word now of two new limited edition releases, each based on different line extensions in different price spectrums. 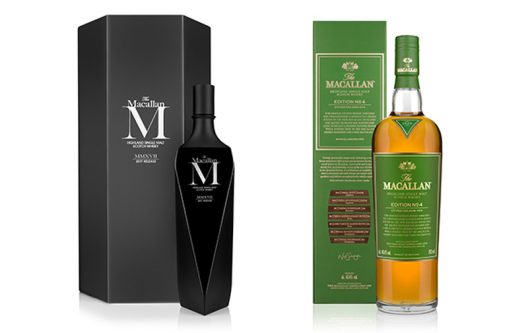 M Black And Edition No.4

The first of these two is the new The Macallan M Black 2017. Described as ‘subtly smoky’ with flavours of dark fruit, chocolate, espresso and wood spice, it has been bottled at 45% abv, with 725 decanters now available worldwide. Bottled in December 2017, the whisky is packaged in black crystal, and follows the distillery’s succession of annual M releases since 2013. Limited to 725 decanters, each engraved with individual numbers, M Black is priced at £5,400 (US$7,192) for 700ml. The new Edition No. 4 is the fourth release in the Edition Series, a range of whiskies that focus on The Macallan’s commitment to wood. Edition No. 1 and Edition No. 2 highlighted the influence each cask has on the taste and flavour of the final whisky, while Edition No. 3 focused on aroma. Bottled at 48.4% abv, the expression “exposes” the role of each cask during the whisky-making process. Crafted from a combination of European and American oak casks, Edition No. 4 is described as a “zesty, vibrant and invigorating” single malt with notes of rounded honey, sweet toffee and citrus fruits. The Macallan Edition No. 4 is priced at £82.00 (US$109.00) and available worldwide from July 2018. 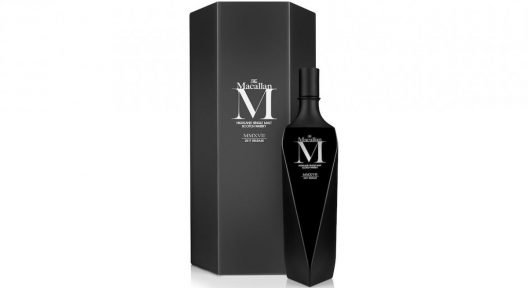 M Black And Edition No.4